Beginning September 30th through October 27th we celebrate the Celtic Tree month of Ivy.  Although Ivy is not what most consider a tree, it still holds its place among the others in Celtic Tree Lore.  Its uses and importance are just as strong as that of the Oak or Hazel. In the coming weeks we will examine a few of these important traits.
Ivy is a wild evergreen climbing vine that attaches itself to other trees as well as stone walls and other surfaces. It climbs such surfaces by fibers that grow our from every part of the stem. These fibers resembles roots and have small disks at the end by which it attaches itself to the roughness of the tree or wall it is climbing. If by chance the ivy finds soil or a deep crack the fibers will then become roots. These roots act as a means to obtain nourishment for the stem as it climbs. When this is done to another tree, the ivy can actually injure the tree it is attached to by taking of the trees life resources to aid itself.
Ivy only produces flowers when the branches get above their support. The flowering branches are bushy and come out from the climbing stem with flowers at the end of each shoot. Usually an ivy will flower during Autumn if there is enough sunlight. They appear as small clusters of greenish white or yellow . They can continue to bloom until late December. There bloom is scentless yet still they are a good source of food for birds, and insects during the cooler months when there…

Ivy has many superstitions and beliefs attached to it.

Because it had the ability to form dense thickets in woodland, grow where other plants could not and block out the light from even the mighty oak, ivy was believed to be very powerful by the Druids, more powerful than its enemy, the vine and quite sinister. The ivy and the vine have been seen as enemies since ancient times. This seems odd since the same Greek and Roman gods are associated with each.

In Greek mythology ivy was sacred to Osiris and also associated with Dionysus. In Roman mythology Ivy was connected to Bacchus, the god of wine as it grew over his home land.

Bacchus is often portrayed wearing an ivy crown, perhaps because this was once thought to prevent intoxication. The poisonous berries of the ivy, when ground into a powder were also once believed to be a hangover cure.

The link between Bacchus and ivy was taken over to England where old English Taverns would display ivy above their doors indicating the high quality of their drinks.

The proverb ‘Good wine needs no bush’, meaning good wine speaks for itself, comes from this practice.

Gort, G – Ivy, a symbol of strength and determination to the Druids, is the twelfth letter of the ogham alphabet, gort, and the eleventh month in the Celtic tree calendar, representing September 30th to October 27th.

In old Ireland ivy was thought to provide protection from evil when growing on or near to a dwelling.

However, if it should die or fall down then misfortune would fall upon those therein.

Ivy was often carried by young women for good luck and fertility. Used at weddings intertwined with holly, the ivy would symbolise fidelity and at Yule-tide, would bring peace to the household.

Ivy was also linked to inspiration and worn by poets in the form of a crown. 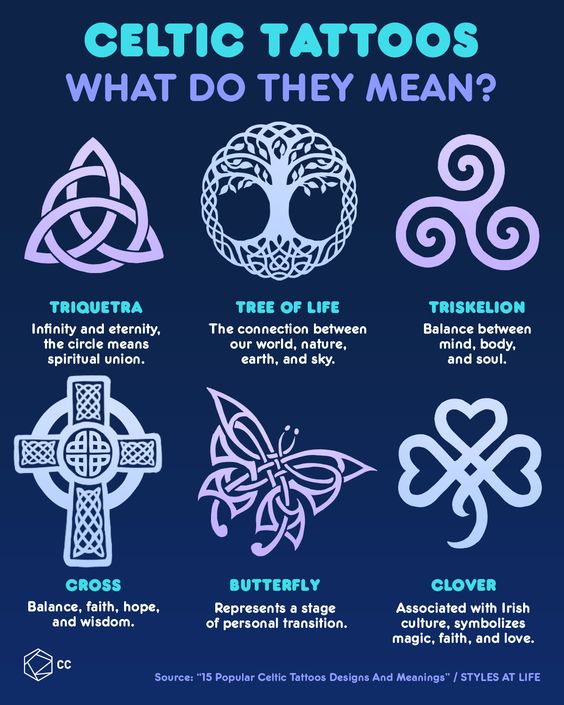 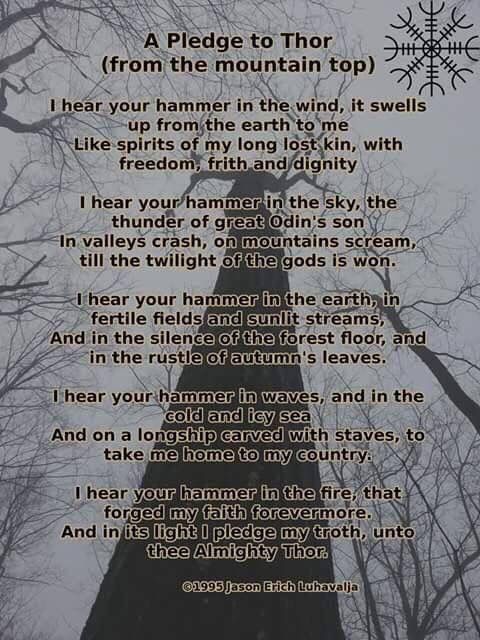 Today the Moon will be in a Waning Gibbous Phase. This is the first phase after the Full Moon occurs. It lasts roughly 7 days with the Moon’s illumination growing smaller each day until the Moon becomes a Last Quarter Moon with a illumination of 50%. The average Moon rise for this phase is between 9am and Midnight depending on the age of the phase. The moon rises later and later each night setting after sunrise in the morning. During this phase the Moon can also be seen in the early morning daylight hours on the western horizon.

In all my studies I have never heard of Female Druid Priestess. But after reading this article and thinking back over what I have learn about the ancient Celtics spiritual path and the duality of it I than wondered was this information did not come out until now. I am going to look for at least two other article  confirming what this on days and I will post the links to them. I did a thank you ritual to Bridget for pushing to get this information to us. I would like to hear what you think of this especially if you follow a Druid path.

In medieval Irish legends they were called Banduri or Bandorai. Their existence was confirmed by ancient Greek and Roman writers. But who were the legendary female Druids?

The Druids were the ancient religious leaders, scientists and researchers of the Celtic society. For centuries, there was a common misconception that Druids were only male. However, numerous historical records attest to the fact that there were in fact women among their ranks.

The Wise Ones of Celtic society

The term ”Druid” comes from the Indo-European word ”deru”, which means ”the truth” or ”true”. This word has evolved into the Greek term ”drus”, meaning ”oak”.

The Druids were the intellectual elite. Being a Druid was a tribal function, but they were also poets, astronomers, magicians, and astrologers. It took them 19 years to gain the necessary knowledge and skills in alchemy, medicine, law, the sciences, and more. They organized intellectual life, judicial processes, had skills to heal people, and were involved in developing strategies for war. They were an oasis of wisdom and highly respected in their society.

Roman Accounts of the Druidesses

Gaius Julius Caesar was fascinated with the Druids. He wrote that they were scientists, theologians, and philosophers, and acquired knowledge that was extraordinary. According to experts in Caesar’s writings, the great Roman leader was well aware of the female Druids. Unfortunately, most of the Roman writers ignored women in general, so it is not easy to find reference to them in historical texts. However, Strabo wrote about a group of religious women who lived on an island near the Loir River. In ‘Historia’, Augusta is a description of Diocletian, Alexander Severus and Aurelian, who discussed their problems with the female Druids.

To read the rest of this interesting article copy and paste this link into your browser: 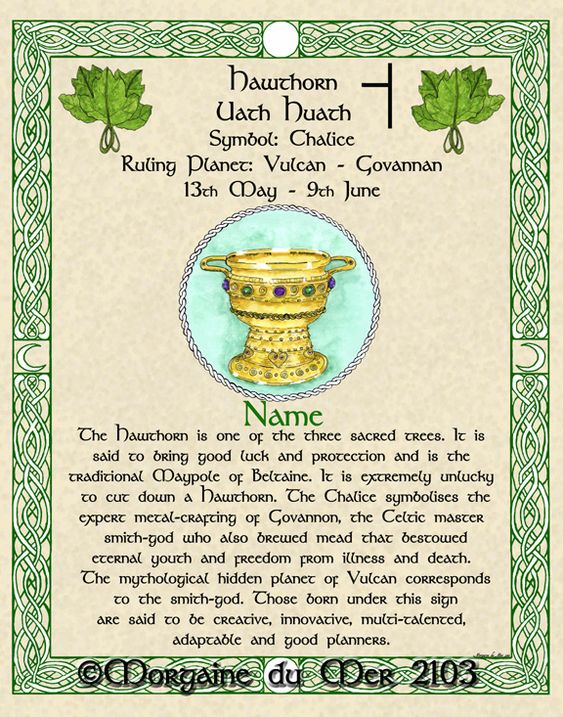 The Hawthorn Tree rules the sixth month of the Celtic Tree Calendar. It’s a tree of contradictions and opposites, it pulls together the complete idea of duality and oppositions.

The tree has strong links to male energy, however, it is symbolic of fertility and it also deeply rooted to female deities. This balance and unity of male and female energies gave this tree the name the “marriage tree”.

The hawthorn is sacred and its thorny branches produce an abundance of foliage and blossoms that have healing properties thought to circulatory disorders and high blood pressure.

Those born under the sign of the Hawthorn are a paradox and are not at all what they seem at first glance. Seemingly quite average on the outside but inside is burning bright with a creative passion. They are quick witted with an excellent memory making them knowledgeable about a wide variety of topics. They can adapt to almost any situation and will more often than not be able to see the bigger picture making them great listeners and ones to go to in a time of need. 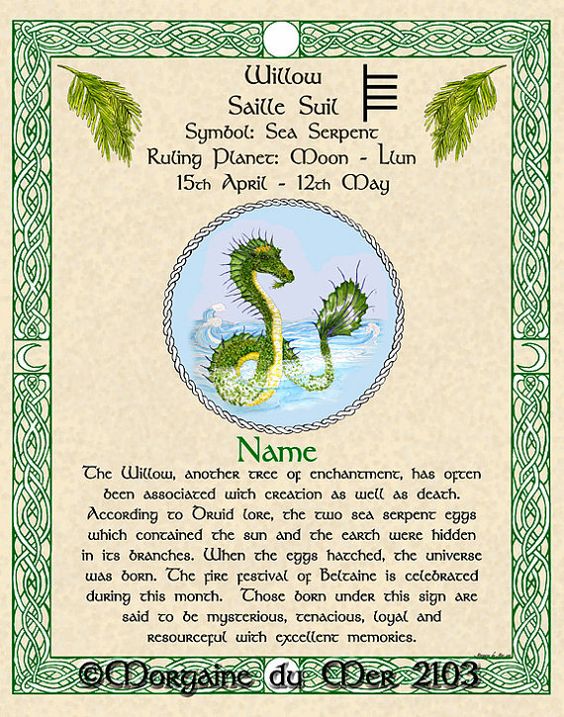 It’s the Willow tree that rules the fifth month in the calendar. The tree thrives in wet boggy areas and can often be found planted next to areas of water.

Willow has deep roots with spirituality and psychic ability with specific links to the lunar realm. The strong association with the moon comes from the trees love for water.

It’s a symbol of fertility and new life, a willow branch can be planted in the ground and from it a new tree will grow in its place. Willow trees are flexible, the branches can be contorted in ridiculous ways without any signs of snapping, this makes it a popular wood to use in weaving and wicker work..

When it comes to medicinal values, the willow has many healing properties. The bark could be used as a treatment for cold and flu and young twigs from the tree were once be chewed in aid of pain relief.

People born under the Willow sign seem understand the world around them a little more than others. They are very intune with their psychic side and their personality is ruled by the moon. They are intuitive and have deep roots within other worldly realms, in particular, the lunar realm. Willow signs are intelligent and highly creative however do not like showing this side of their personality in fear of seeming arrogant or over the top. Other signs find them mysterious and hard to get to know but once they are friends, willow signs are fiercely loyal and great at keeping secrets. They have a realistic outlook on life giving them much more patience than other signs.

Willow signs are compatible with Birch and Ivy signs.

The Hawthorn Tree rules the sixth month of the Celtic Tree Calendar. It’s a tree of contradictions and opposites, it pulls together the complete idea of duality and oppositions.

The tree has strong links to male energy, however, it is symbolic of fertility and it also deeply rooted to female deities. This balance and unity of male and female energies gave this tree the name the “marriage tree”.

The hawthorn is sacred and its thorny branches produce an abundance of foliage and blossoms that have healing properties thought to circulatory disorders and high blood pressure.

Those born under the sign of the Hawthorn are a paradox and are not at all what they seem at first glance. Seemingly quite average on the outside but inside is burning bright with a creative passion. They are quick witted with an excellent memory making them knowledgeable about a wide variety of topics. They can adapt to almost any situation and will more often than not be able to see the bigger picture making them great listeners and ones to go to in a time of need.