To understand the difference between summer and winter solstices, we need to have a clear understanding of the word solstice. We know that earth revolves around sun in an elliptical orbit, but it also spins around its own axis. This is an imaginary line going right across the planet from North Pole to South Pole. Fortunately for our planet, this axis is not perpendicular but tilted about 23.5 degrees and it is this tilt that gives us seasons on earth. This tilt makes one half of earth receive more direct rays from sun than the other half which remains away from earth.

To read the rest of this article from differencebetween.com 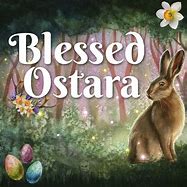