Psychologists have discovered that the manner in which people eat Oreo cookies provides great insight into their personalities. Choose which method best describes your favorite method of eating Oreos:

Explanation: Inner planet Venus and a thin crescent Moon are never found far from the Sun in planet Earth’s skies. Taken near dawn on April 6, this timelapse composite shows them both rising just before the Sun. The mountaintop Teide Observatory domes on the fortunate island of Tenerife appear in silhouette against the twilight. In fact, the series of telephoto exposures follows the occultation of Venus by the Moon in three frames. Far from Earth in its orbit and in a nearly full phase, Venus was 96 percent illuminated. Near perigee or closest approach to Earth, the Moon’s slender crescent represents about 2 percent of the lunar disk in sunlight. Seen in the first two exposures, the brilliant morning star only vanishes in the third as it winks out behind the bright lunar limb. Five minutes of the dramatic occultation at dawn is compressed into 15 seconds in this timelapse video (vimeo).

Use moon to locate Crab on April 14

Tonight – April 14, 2016 – the waxing gibbous moon can guide you to the location of the constellation Cancer the Crab on the sky’s dome. Cancer is faint, so you won’t see it well in the moonlight. But, if you note Cancer’s location with respect to other stars, and come back when the moon has moved away, you will glimpse a beautiful star cluster within Cancer.

You’ve probably heard of the constellation Cancer, but there’s a good chance you’ve never seen it. As constellations go, Cancer the Crab is probably the least seen among the most famous constellations. Its primary competitors in the famous-but-not-recognizable category are probably Aries the Ram and Aquarius the Water Bearer.

Why is Cancer so elusive? Simply because it’s faint. Cancer’s brightest star is magnitude 3.5, meaning that none of these stars is visible from light-polluted cities or suburbs.

That’s why tonight might be your night. The slightly waxing gibbous moon shines right in front of this famous constellation this evening, so when you gaze in the moon’s direction you are gazing toward Cancer.

Alas, the moon is very bright, and Cancer is faint. Even if you have a clear sky, the bright light of the moon will wash out this constellation’s stars from view.

But before you give up on your quest to see Cancer, consider this. In 2016, the moon is not far from Cancer the Crab. Take a look at the chart above. Note that you can use the dazzling planet Jupiter and the bright star Regulus to star-hop to the faint constellation Cancer the Crab.

By the end of April 2016, the moon will have dropped out of the early evening sky, and you’ll be able to identify Cancer. Use bright Jupiter and Regulus to find it. Then note that Cancer glimmers between Regulus and the two bright Gemini stars, Castor and Pollux.

The planet Jupiter will move away eventually, but remember those stars! They’ll always be near Cancer.

And, if you see Cancer on a moonless night, you’ll have a wonderful surprise in store, especially if you’re looking in a dark sky away from city lights:

In a dark sky, if your eyesight is good, you can make out a patch of haze in the midst of Cancer’s stars. If you have binoculars, you’ll more clearly see a cluster of stars within Cancer, called Praesepe – also known as the open star cluster Messier 44 – most frequently called the Beehive.

Cancer is well known not because it’s bright, but because the sun in its yearly journey passes directly in front of it from about July 20 to August 9.

So by definition, faint as it is, Cancer is a constellation of the Zodiac.

Bottom line: Use the moon to locate the constellation Cancer on April 14, 2016. Cancer is faint so you won’t see it well until the moon moves away. But, in 2016, the planet Jupiter is nearby and can help you find this faint constellation, after the moon has gone.

Deborah Byrd created the EarthSky radio series in 1991 and founded the website EarthSky.org in 1994. Today, she serves as Editor-in-Chief of this website and blogs frequently about astrophysics, the night sky and other topics related to Earth, space and the human world. She has won a galaxy of awards from the broadcasting and science communities, including having an asteroid named 3505 Byrd in her honor. A science communicator and educator since 1976, Byrd believes in science as a force for good in the world and a vital tool for the 21st century. “Being an EarthSky editor is like hosting a big global party for cool nature-lovers,” she says.

It is a man’s own mind, not his enemy or foe, that lures him to evil ways.

Today’s Meaning:
Now is an ideal time to learn. Your mind is particularly keen at this time for the study of witchcraft, divination and esoteric subjects. Knowledge affects this aspect.

General Description:
The Hei Tiki amulet is used by the Maoris of New Zealand. It is carved in jade, the sacred stone of the natives. Worn as a neck ornament for good luck, and to protect from witchcraft and evil spirits. These charms are regarded as valuable heirlooms, and are carefully handed down from father to son, as the talisman was believed to possess all the good qualities and virtues of their forefathers. The Hei Tiki is a curious and distorted representation of the human figure in the attitude of listening, the head leaning on the shoulder. 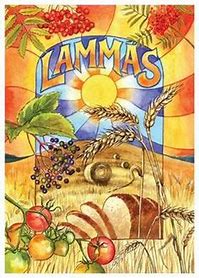