Here is advice on how to make homemade cleaners and stain removers for your home. If you have any great tips, please post your own comments below!

Published on The Old Farmer’s Almanac

FULL MOON ON THE SPRING EQUINOX

This is one of those rare years when the full Moon lands right smack on the spring equinox—on March 20, 2019, in North America. This only happens three times a century, on average.  And it’s the third and final “supermoon.” Enjoy the extra-bright equinox full moon Wednesday night!

It’s an event with wide appeal because the Moon is the only night sky object recognized by everyone in the world, while the equinox is one of the few remaining sky-based events still found on all calendars.

FULL MOON ON THE VERNAL EQUINOX

The Full Moon of March happens just a tad less than four hours after the equinox, at 9:43 PM EDT on March 20 2019, so it will indeed appear perfectly round Wednesday night.

Further, this is the third and final “supermoon” of 2019—which is just a catchy term for a full moon closely coinciding with perigee, the moon’s closest point to Earth in its monthly orbit.

The equinox and full Moon are a close enough match that you can look for moonrise at very nearly the same moment as sunset!  Both of our major sky lights hovering opposite each other—the sun setting just as the full moon is rising.

Very cool, and yet their opposition is not perfectly precise. The Sun will do its job and set at the true west spot on your horizon. You’ll be able to ascertain how your home is oriented to the cardinal directions. But the Moon’s orbit is tilted five degrees from the Sun-Earth plane, so the trio of celestial bodies is rarely aligned in all three dimensions, which is why total solar eclipses are so uncommon.

On Wednesday evening, at the time of moonrise, the Moon will be four degrees north of the ecliptic plane, which will make it come up a whopping eight full moon diameters to the left of due east.

Yet, if you want the Moon to guide your eyes to true east, it’s doable. But you must wait 40 minutes after moonrise, as the Moon slowly glides up and to the right. Then it will hover precisely due east. We can’t give you an exact time because we don’t know where you live. But roughly speaking, when you see the Moon just a few degrees above the horizon that evening, it’ll be hovering true east.

And that’s the full Moon equinox story. We’re out of room, which is why we neglected eggs balancing on edge, squirrels speaking French, and all the other supposed effects you find on the Web.

Welcome to “This Week’s Amazing Sky,” the Almanac’s hub for everything stargazing and astronomy. Bob Berman, longtime and famous astronomer for The Old Farmer’s Almanac, will help bring alive the wonders of our universe. From the beautiful stars and planets to magical auroras and eclipses, he covers everything under the Sun (and Moon)! Bob, the world’s mostly widely read astronomer, also has a new weekly podcast, Astounding Universe!

Published on The Old Farmer’s Almanac

CELEBRATE THE VERNAL EQUINOX AND THE START OF SPRING!
By Catherine Boeckmann
March 15, 2019

The spring equinox (also called the March equinox or vernal equinox) falls on Wednesday, March 20, 2019, at 5:58 P.M. EDT. This event marks the astronomical first day of spring in the Northern Hemisphere. Enjoy our spring equinox facts, folklore, photos, and more!

WHEN IS THE FIRST DAY OF SPRING?

Spring begins with the vernal equinox, which always occurs on March 19, 20, or 21.

A FULL MOON ON THE SPRING EQUINOX!

But that’s not all: March’s full Moon will also be a supermoon, meaning that it will be slightly larger than most of the other full Moons this year.

What an extra-bright way to greet spring!!

WHAT DOES THE EQUINOX MEAN?

The word equinox comes from the Latin words for “equal night”—aequus (equal) and nox (night).

On the equinox, the length of day and night is nearly equal in all parts of the world.

With the equinox, enjoy the increasing sunlight hours, with earlier dawns and later sunsets.

WHAT HAPPENS ON THE MARCH EQUINOX?

On the March Equinox, the Sun crosses the celestial equator from south to north. It’s called the “celestial equator”  because it’s an imaginary line in the sky above the Earth’s equator.

If you were standing on the equator, the Sun would pass directly overhead on its way north.

Equinoxes are the only two times a year that Sun only rises due east and sets due west for all of us on Earth!

While the Sun passes overhead, the tilt of the Earth is zero relative to the Sun, which means that Earth’s axis neither points toward nor away from the Sun. (Note, however, that the Earth never orbits upright, but is always tilted on its axis by about 23.5 degrees.)

After the Spring equinox, the Norther Hemisphere tilts toward the Sun, which is why we start to get longer, sunnier days

Q: IS THE FIRST DAY OF SPRING ALWAYS MARCH 20?

A: No, it’s not always March 20. And your answer also depends on your definition of the “first day of spring.”  Both are accurate; they’re just from different perspectives. We’ll explain …

Astronomically speaking, the first day of spring is marked by the spring equinox, which falls on March 19, 20, or 21 every year. The equinox happens at the same moment worldwide, though our clock times reflect a different time zone. And, as mentioned above, this date only signals spring’s beginning in the Northern Hemisphere; it announces fall’s arrival in the Southern Hemisphere.

Interestingly, due to time zone differences, there isn’t a March 21 equinox in mainland U.S. during the entire 21st century! Plus, we won’t see a March 21 in the world again until 2101.

Meteorologically speaking, the official first day of spring is March 1 (and the last is May 31). Weather scientists divide the year into quarters to make it easier to compare seasonal and monthly statistics from one year to the next. The meteorological seasons are based on annual temperature cycles rather than on the position of Earth in relation to the Sun, and they more closely follow the Gregorian calendar. Using the dates of the astronomical equinoxes and solstices for the seasons would present a statistical problem, as these dates can vary slightly each year.

Q: ARE DAY AND NIGHT EQUAL ON THE EQUINOX?

A: No, but they are close to equal. In reality, day and night are not exactly equal at the equinox for two reasons: First, daytime begins the moment any part of the Sun is over the horizon, and it is not over until the last part of the Sun has set. If the Sun were to shrink to a starlike point and we lived in a world without air, the spring and fall equinoxes would truly have ‘equal nights.’

Q: ACCORDING TO FOLKLORE, YOU CAN STAND A RAW EGG ON END ON THE EQUINOX. IS THIS TRUE?

A: Folklore or not, this egg trick sounded like fun to us. One spring, a few minutes before the vernal equinox, several Almanac editors tried this trick. For a full workday, 17 out of 24 eggs stood standing. Three days later, we tried this trick again and found similar results. Perhaps 3 days after the equinox was still too near. Perhaps the equinox has nothing to do with it. Perhaps we just don’t like to take ourselves too seriously! Try this yourself and let us know what happens.

Q: WHICH DAY HAS THE MOST SUNLIGHT IN NORTH AMERICA?

A:  The Summer or June Solstice is called the “longest” day of the year! The date of the longest day actually varies between June 20 and June 22, depending on the year, and the local time zone. By “longest day,” we mean the day that gets the most daylight (versus darkness).

HOW DO YOU CELEBRATE THE VERNAL EQUINOX?

The vernal equinox signals new beginnings and nature’s renewal in the Northern Hemisphere! Many cultures celebrate spring festivals, like Easter and Passover.

Observe nature around you!

Scientific explanation aside, our ancestors were more connected to the Sun than we are today. They observed its pathway across the sky; they tracked how the sunrise, sunset, and day length changed, using the Sun (and Moon) as a clock and calendar.

There are many ancient sites that mark the equinoxes (and solstices). One of the most famous ancient Spring equinox celebrations was at Chichen Itza in Mexico. The Mayans built a huge pyramid around the year A.D. 1000.  The play of the Sun’s light on it signals the beginning of the seasons. On the spring equinox, it looks like a huge snake is slithering down the steps. Mayans called this day “the return of the Sun serpent.” 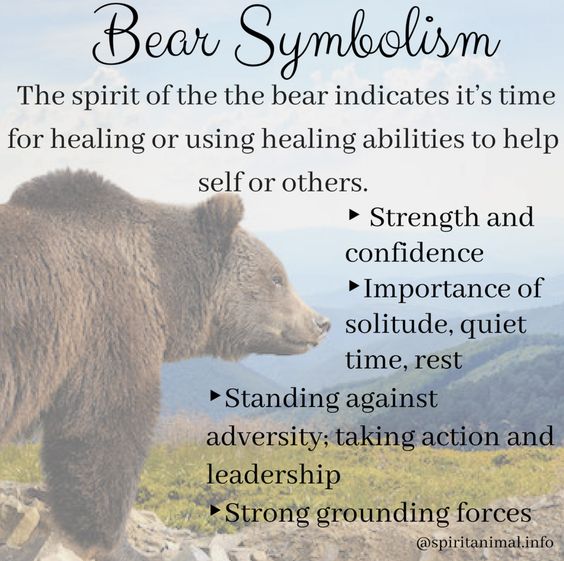 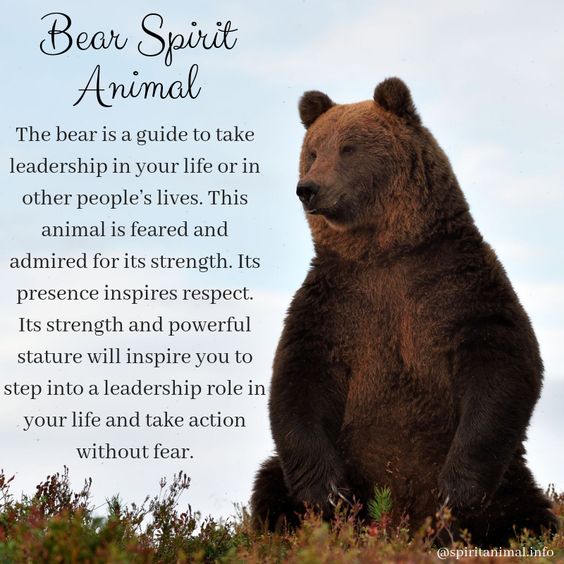 “Patience up to a point. Know your time, but work your wyrd always.”

Rune of harvest and reward for, or reaction to, right actions in a horizontal (naturally ordered) cyclical process. Rune of peace on the land and in the heart.

Governs:
Fertility, creativity and harmony with the land
Peace, prosperity and plenty
Realization of the cyclical nature of the multiverse, invoking the power of time and cycles
Bringing other concepts gently into material manifestation
Initiating gradual and lasting change in flow of life

Your Influences for the Week of March 18

A period of rest and restoration of energies. Tensions subside. Good changes are soon to come.

Aries reversed denotes a lack of energy and will

Air reversed denotes a lack of freedom to move through life as you want.

Do you feel like you don’t have the energy to rebuild something that’s crumbling around you? When it comes to money we all crave stability, and when an opportunity doesn’t work out it can be extremely disappointing. Unfortunately, just hoping that things will change isn’t enough. The Tower card recommends that you look closer at what’s left of the foundation you’ve built. After assessing the damages, it’s likely you’ll be able to start fresh using the same building blocks as before.