This is a beautiful chant I found a cpouple of years ago. I recommend doing it outside. If you have a regular drum join in drumming. You can also use a plastic bowl turned upside down and a wooden spoon for drumming. Think of positive energy  flowing into Mother Earth for her healing while doing the chant. Chant as long as you feel the wanr to. I than sit and meditate for a while on all the wounderful things she gives us and all the beings and creatures that live on and in her. I hope you enjoy this chant as much as I do.

Once upon a time, there was no time and that was when there also was no gods and no man walked the surface of the land. But there was the sea, and where the sea met the land, a mare was born, white and made of sea-foam. And her name was Eiocha. On the land, near where the land met the sea, a tree grew, a strong and sturdy oak. On the oak, grew a plant whose seeds were formed of the foam tears of the sea. To sustain her, Eiocha ate the seeds, these white berries, and they were transformed within her. Eiocha grew heavy with child and gave birth to the god, Cernunnos. So great was her pain in childbirth that she ripped bark from the one tree and hurled it into the sea. The bark was transformed by the sea and became the giants of the deep.

Cernunnos was lonely and he saw the giants of the deep who were numerous, so he coupled with Eiocha and of their union came the gods, Maponos, Tauranis, and Teutates, and the goddess, Epona. Eiocha soon tired of the land, being a creature of sea-foam, and she returned the sea, where she was transformed into Tethra, goddess of the deep water, sometimes called Tethys.

The gods and goddess were lonely for they had none to command nor none to worship them. The gods and goddess took wood from the one oak tree and fashioned the first man and the first woman.   Cernunnos also made other animals from the one oak tree, the deer and the hound, the boar and the raven, the hare and the snake. He was god of the animals, and he commanded the oak tree to spread and grow, to be come a forest home for his children.

Epona also made animals, but she made only the horse, mare and stallion alike, in remembrance of Eiocha who was no more.

Teutates took limbs from the one tree, and fashioned a bow, arrows, and a club.

Tauranis took limbs from the one tree, and fashioned thunderbolts made of fire and noise. He would leap to the top of the tallest trees and hurl his weapon at the ground. The ground would shake, the grass would burn, and the animals would run in fear. Maponos also took limbs from the one tree, but he fashioned not a weapon but a harp. He stretched strings of the winds from its limbs and spent his days in Cernunnos’ forest. The winds would join in the melodies, and the birds as well. And all Cernunnos’ animals would come from near and far to hear Maponos play.

The giants of the deep saw the gods and goddess happy on the land, and the giants were jealous, for they had none to command nor none to worship them. So the giants plotted against the gods; they would overwhelm them with the sea and take the land under the water. But Tethra in the deep sea heard the murmuring of the giants in the waves and she remembered her days as Eiocha and so she warned her sons and daughter. The gods were prepared the day the giants came against them.

The gods took refuge in the one oak tree. Tauranis hurled his thunderbolt and split the land, and the sea overflowed its boundaries. Maponos broke the sky and hurled it at the giants. Teutates’ deadly aim with the bow and arrows from the one oak tree cut down many of the giants. The giants of the deep were not without weapons; they had the strength of the waves.

The gods overwhelmed the giants, but could not destroy them. The giants of the deep were driven back into the sea, and Tethra bound them in the deep waters. But a few escaped Tethra and fled far from her reach. They called themselves the Fomor, and built a life on the outer edges of the world. But the Fomor dreamed of conquest, and vowed to once again take the land from the gods. Of their later battles, our histories tell us much.

The sea returned to its bed and Maponos repaired the sky. And the gods looked for Epona as she had been absent from the victory. Epona had rescued one man and one woman from the watery and fiery destruction, and the three of them waited deep in Cernunnos’ forest. From this man and this woman Epona saved would come our mighty people. The gods and the goddess left the deep of Cernunnos’ forest and re- turned to their home near the one tree of oak which still stood strong and sturdy, and the sacred berries where still white as sea-foam.

Where the fiery pieces of the heavens Maponos had torn from the sky had mingled with the waters of the sea, there were born new gods. The god Belenus and his sister Danu sprang from where the heavenly fire had been but little quenched. The god Lir sprang from where the waters of the sea had almost quenched the fire of heaven. From Lir, as the histories tell, there would come the mighty Manannan, the beautiful Branwen, the wise Bran. But from Danu many children would come, the Dagda, Nuadha of the Silver Hand, the wise Dienceght, the smith Goihbhio, the fearsome Morrigan, the gentle Brighid. The Children of Danu and the Children of Lir are the two mighty races our songs tell of, ever opposite

The Creation Of Her

Peace by piece
Pieces everywhere, in another sphere
Jumping between them
Staying nowhere
Forever searching

Orphic Invocation to the Goddess

Divine are Your honors, Oh Mother of the Gods and Nurturer of All.
Yoke your swift chariot drawn by bull-slaying lions and,
O Mighty Goddess who brings things to pass, join our prayers.
Many named and reverend, You are the Queen of the Sky.
In the cosmos, Your throne is above all others, for You are

Queen of the Earth, and You give gentle nourishment to mortals.
Goddesses, Gods, and mortals were born of You,
And You hold sway over the rivers and all of the sea.
Hestia, Gaia, Demeter, Inanna, Isis, Astarte, Ishtar, Persephone, Diana,
Giver of prosperity who bestows upon mortals all manner of gifts,
Come to this Rite, Queen whom the drum delights.
Honored and loving Nurturer of Life,
Joyfully and graciously visit our deeds of piety.

Orphic Invocation to the God

Hear Our Prayer, O best and Many-Named God.
Fine-haired, solitary, and full of lovely song;
Many shaped and noble nurturer of all,
Maiden and youth in one, unwithering bloom, O Adonis
You vanish and grow again in the fair seasons’ turn.
Cernunnos, Pan, Myrddhn, two horned Spirit of growth and blooming;
Much loved and wept for are you,
O Fair and Youthful Hunter of the luxuriant mane.
Desire is in Your mind and You come to the Goddess
In reverence and respect, in sensuous joy is your desire fulfilled
You are the seed planted in the depths of the Underworld
That springs forth, the Green God, that we may sustain our lives.
You sacrifice Yourself in gentleness when you are grown.
Come Kind-Hearted One, Come Blessed God,
And bring much joy to all.

Invocation of the Goddess

“Come to us Moist Mother Earth. Come to us and take your ease.
You have labored long and hard to bring forth your bounty,
so that we your children may survive.
Come and relax, for well have you earned your rest.
Eat and drink your fill, sing, dance, and be merry,
for you have done well, and there is plenty for all.
And, if it pleases you to ask for the favors of one of us as well,
may you find satisfaction there too.
We shout your praises, for you are the essence of
fulfillment, love, and joy.
You are the most beautiful, and beyond measure is your grandeur
and greatness.
May we never forget that we are a part of your Sacred Body,
and may we work to preserve it in all of its myriad forms.

All hail the Great Mother!”

Invocation of the God

“Come to us Lord of the Hunt, Sacred Herdsman, and Divine Smith.
Put by your horn, lay aside your crook, stow your hammer,
and quit your forge for now.
Wipe your brow, and come find your leisure in the midst of our good company.
Have a seat, put up your feet, and pour yourself a cold draught.
By the virtue of your work have you earned a rest, for well have your cared
for the wild beasts and domesticated flocks.
And many a time has your forge burned long into the night with you hard
at work creating lightning bolts of such exquisite beauty and terrible power as
we have ever beheld.
Join us Great Lord, and indulge yourself to the fullest.
May you know no want in our presence, for thanks to you and the Goddess,
we know no want. We raise our glasses high and toast your greatness.

All hail the God of the Wild Magicks.”

A Call to the Lord and Lady

His strength is there in mountains high
His lightning flys from air and cloud
His horn heralds the wild hunt’s ride
He quickens forest, roaring proud

Their faces many, countless names
Pan, Diana, Zeus, Astarte
Teachers from dreams, oracle’s flames
Speak, and guide us within our hearts 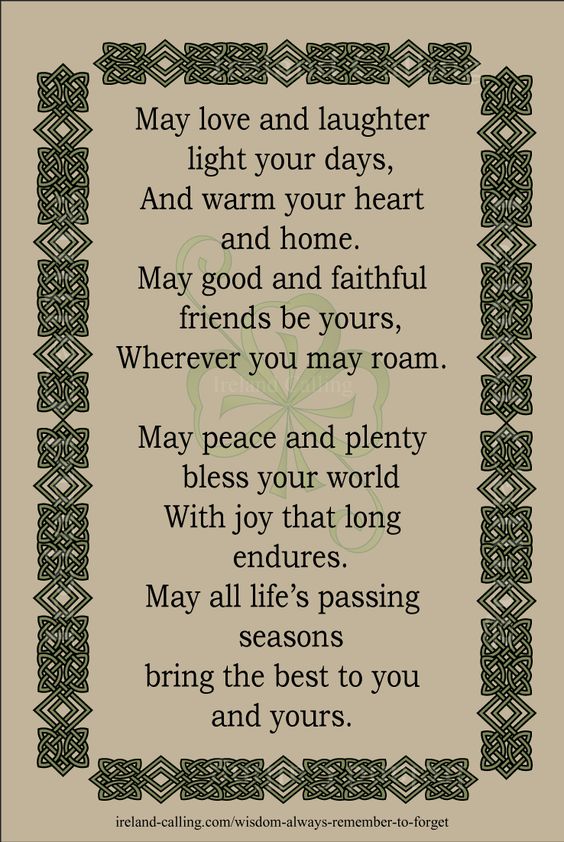 To enjoy good health, to bring true happiness to one’s family, to bring peace to all, one must first discipline and control one’s own mind. If a man can control his mind he can find the way to Enlightenment, and all wisdom and virtue will naturally come to him. 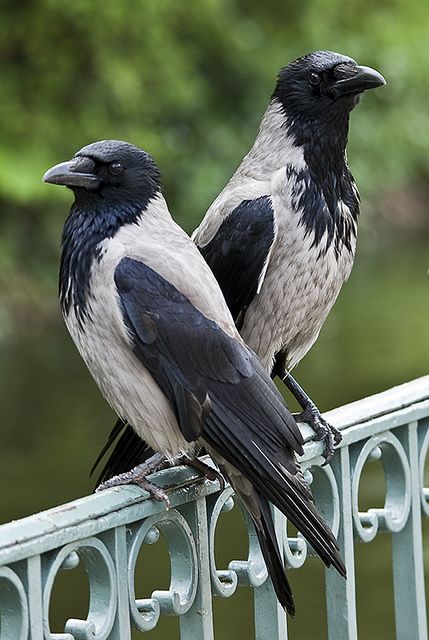 Hooded Crows appear to be wearing the latest in vests, found in the UK. 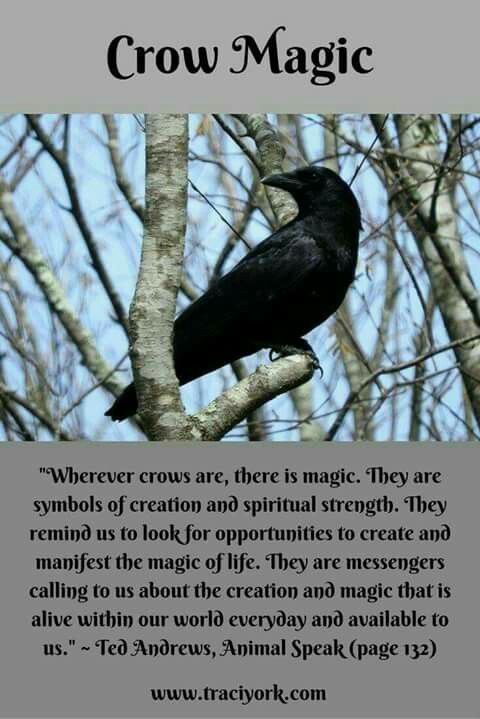