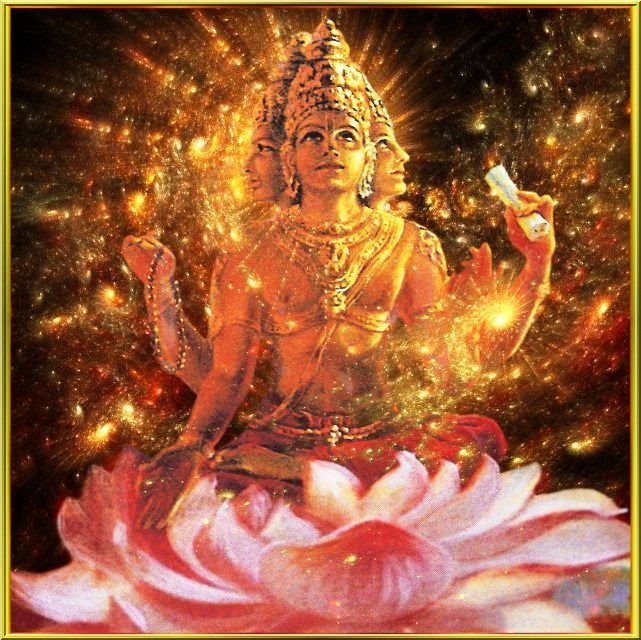 Brahma is the Hindu Creator god. He is also known as the Grandfather and as a later equivalent of Prajapati, the primeval first god. In early Hindu sources such as the Mahabharata, Brahma is supreme in the triad of great Hindu gods which includes Shiva and Vishnu.
Brahma, due to his elevated status, is less involved in picturesque myths where gods take on human form and character, but is rather a generally abstract or metaphysical ideal of a great god. In later Puranas (Hindu epics) Brahma is no longer worshipped and other gods are assigned his myths, even if he always maintains his status as the Creator god. Brahma’s epithet is ekahamsa, the One Swan. His vahanam (‘vehicle’) is a peacock, swan or goose. He is still honoured today with an annual ceremony at the pilgrimage site of Pushkar in Rajasthan, India and he remains a popular figure in South-east Asia, especially in Thailand and Bali.

BRAHMA THE CREATOR
In the beginning, Brahma sprang from the cosmic golden egg and he then created good & evil and light & dark from his own person. He also created the four types: gods, demons, ancestors, and men (the first being Manu). Brahma then made all living creatures upon the earth (although in some myths Brahma’s son Daksa is responsible for this). In the process of creating, perhaps in a moment of distraction, the demons were born from Brahma’s thigh and so he abandoned his own body which then became Night. After Brahma created good gods he abandoned his body once again, which then became Day, hence demons gain the ascendancy at night and gods, the forces of goodness, rule the day. Brahma then created ancestors and men, each time again abandoning his body so that they became Dusk and Dawn respectively. This process of creation repeats itself in every aeon. Brahma then appointed Shiva to rule over humanity although in later myths Brahma becomes a servant of Shiva.
Brahma had several wives, the most important being his daughter Sarasvati who, after the Creation, bore Brahma the four Vedas (Holy books of Hinduism), all branches of knowledge, the 36 Raginis and 6 Ragas of music, ideas such as Memory and Victory, yogas, religious acts, speech, Sanskrit, and the various units of measurement and time. Besides Daksa, Brahma had other notable sons including the Seven Sages (of whom Daksa was one), and the four famous Prajapatis (deities): Kardama, Pancasikha, Vodhu, and Narada, the latter being the messenger between gods and men.

BRAHMA CREATES WOMEN & DEATH
In the myths told in the Mahabharata, Brahma created women, the source of evil amongst men:
A wanton woman is a blazing fire…she is the sharp edge of the razor; she is poison, a serpent, and death all in one.
The gods feared that men could become so powerful that they might challenge their reign, therefore, they asked Brahma how best to prevent this. His response was to create wanton women who ‘lusting for sensual pleasures, began to stir men up. Then the lord of gods, the lord, created anger as the assistant of desire, and all creatures, falling into the power of desire and anger, began to be attached to women.’ (Mahabharata in Hindu Myths, 36).

In another myth Brahma’s first female is also Death, the evil force which brings balance to the universe and which ensures there is no over-crowding of it. The figure of Death is picturesquely described in the Mahabharata as ‘a dark woman, wearing red garments, with red eyes and red palms and soles, adorned with divine ear-rings and ornaments’ and she is given the job of ‘destroying all creatures, imbeciles and scholars’ without exception (Mahabharata in Hindu Myths, 40). Death wept and begged Brahma to be released from this terrible task but Brahma remained unmoved and sent her on her way to perform her duty. At first Death continued her protests by performing various extraordinary acts of asceticism such as standing in water in complete silence for 8,000 years and standing on one toe on the top of the Himalaya mountains for 8,000 million years but Brahma would not be swayed. So Death, still sobbing, performed her duties bringing endless night to all things when their time came and her tears fell to the earth and became diseases. Thus, through Death’s work, the distinction between mortals and gods was preserved forever.

BRAHMA IN ART
Brahma is often represented in red with four heads, symbolic of his creation of the four Vedas. Thus he is often called Caturanana/Caturmukha or ‘four-faced’ and Astakarna or ‘eight-eared’. Originally Brahma had five heads but when he lusted after his daughter Sandhya an outraged Shiva cut off the head which had ogled the goddess (or burned it with his central eye). Brahma is also represented with four arms. One right hand holds the brahma-tandram, an oval disk with a beaded rim which is perhaps a sacrificial ladle and used to mark men’s foreheads with their destiny. The other right hand holds a rosary made from rudraksham seeds. One left hand holds a cleansing vase and he sometimes holds his bow Parivita or the Vedas. Brahma may also be depicted sitting on the sacred lotus flower which sprang from Vishnu’s navel, a scene especially common in Cham art.

In Cambodian art, Brahma -known as Prah Prohm- is again represented with four heads and often riding a sacred goose, the hamsa (a popular form of depiction in Javanese art, too), and so the god may in this guise be referred to as Hansavahana. In Tibet, where Brahma is known as Tshangs-pa or White Brahma (Tshangs-pa dkar-po), he often rides a horse and carries a white bull and a sword.

Vishnu is the preserver of the universe, while Shiva’s role is to destroy it in order to re-create.

Brahma’s job was creation of the world and all creatures. His name should not be confused with Brahman, who is the supreme God force present within all things.

Brahma is the least worshipped god in Hinduism today. There are only two temples in the whole of India devoted to him, compared with the many thousands devoted to the other two.

What does Brahma look like?
Brahma has four heads and it is believed that from these heads came the four Vedas (the most ancient religious texts for Hindus). Some also believe that the caste system, or four varnas, came from different part of Brahma’s body.

He has four arms and is usually depicted with a beard.

Why is Brahma not worshipped so much?
There are a number of stories in the Hindu mythology which point to why he is rarely worshipped. These are two of them.

The first view is that Brahma created a woman in order to aid him with his job of creation. She was called Shatarupa.

She was so beautiful that Brahma became infatuated with her, and gazed at her wherever she went. This caused her extreme embarrassment and Shatarupa tried to turn from his gaze.

But in every direction she moved, Brahma sprouted a head until he had developed four. Finally, Shatarupa grew so frustrated that she jumped to try to avoid his gaze. Brahma, in his obsession, sprouted a fifth head on top of all.

It is also said in some sources that Shatarupa kept changing her form. She became every creature on earth to avoid Brahma. He however, changed his form to the male version of whatever she was and thus every animal community in the world was created.

Lord Shiva admonished Brahma for demonstrating behaviour of an incestuous nature and chopped off his fifth head for ‘unholy’ behaviour. Since Brahma had distracted his mind from the soul and towards the cravings of the flesh, Shiva’s curse was that people should not worship Brahma.

As a form of repentance, it is said that Brahma has been continually reciting the four Vedas since this time, one from each of his four heads.

A second view of why Brahma is not worshipped, and a more sympathetic one, is that Brahma’s role as the creator is over. It is left to Vishnu to preserve the world and Shiva to continue its path of cosmic reincarnation.

View all posts by downinthebayoubeyond 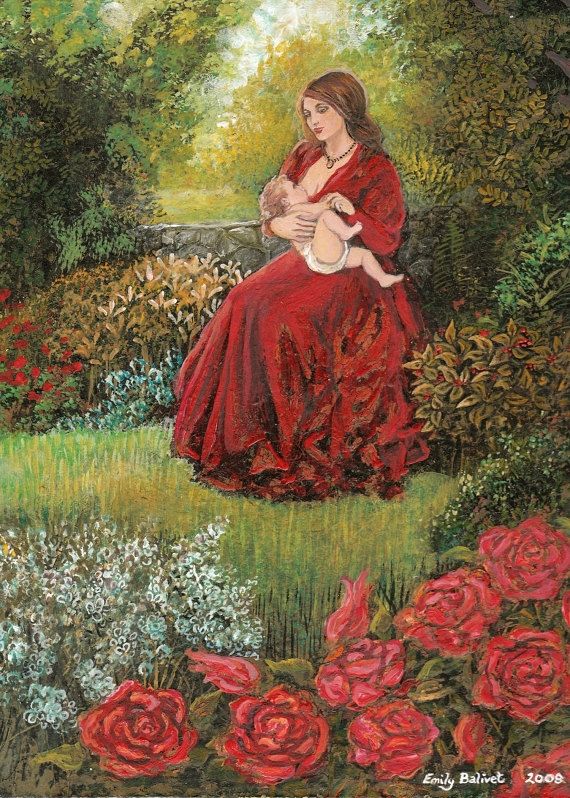