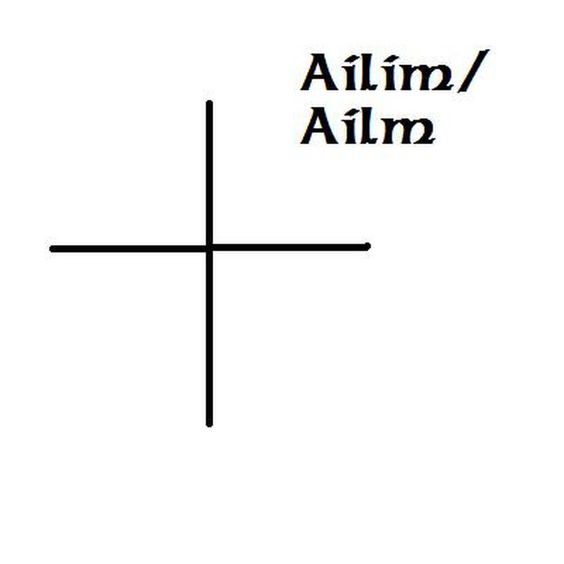 Ailm (AHL-m) elm * In Ireland Ailm refers to the elm (Ulmus procera) which grows all
over Ireland.

The Silver Fir is known as the Birth Tree. It was the original Christmas tree from central Europe. The needles are burned at childbirth to bless and protect the mother and baby.

To a witch, the cones, warn of wet weather and foretells when a dry season approaches. Its
cones respond to the environment by opening with the sun and closing with rain.

It offers a clear perception of the present and the future, its wood is used for shape-shifting
and magic involving change.

Onn (UHN), furze – Furze, or gorse, is a thorny shrub growing to six feet tall. It grows in heaths, moors, pastures, and open woodlands. It produces bright yellow flowers around the time of the spring equinox, which were very popular in pagan fertility rituals throughout Europe and the British Isles for many centuries. It is not often cultivated in North America, but is a serious weed in central California and some other areas.

Furze is a member of the Pea family (Fabaceae, or Leguminosae)

Furze/Gorse is associated with the Spring Equinox. Furze is a symbol of fertility and has the magickal uses of protection and money. Furze is a good herb to use as a protection against evil. In Wales hedges of the prickly Gorse are used to protect the home against dark fairies, which cannot penetrate the hedge.

Furze indicates a time of life changing events through the acquisition of knowledge. 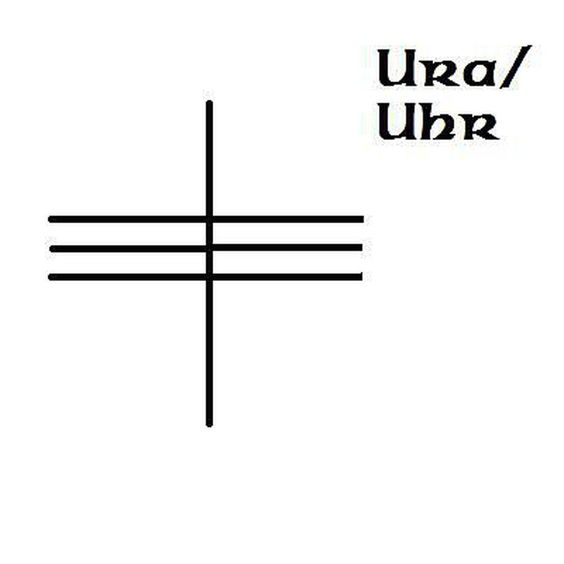 Ura (OO-rah), heather – Heather is a shrub growing to six feet. It is a major component of
the vegetation type called “heath”, the source of the term “heathen”. It is evergreen, and
produces bell-shaped pinkish flowers in the late summer.

There are a number of other plants called “heath” or “heather” in the genera Erica, Phyllodoce, and Cassiope, relatives of Calluna, and are similar in appearance. Calluna is cultivated in North America with several Erica species from other parts of the world.

Heather is a member of the Heath family (Ericaceae).

A tea made from the leaves of the Heather was used as an aphrodisiac. Heather is sometimes carried as protection against rape and violent crime.

Heather is one of the Fairy flowers, and is said to light the flame of fae passions, and may
open the portals between the fae world and the human realm.

Make an offering of Heather on “Beltane” eve to attract faeries to your garden. It is the Midsummer Tree of the Summer Solstice. When it’s burned with fern, heather will attract rain.

Eadha (EH-yuh), poplar – The aspen grows to 65 feet along rivers. It sprouts from the base
and may form clumps or thickets. The black poplar (Populus nigra L.) reaches 100 feet in
sandy and gravely soil along rivers. The white poplar (Populus Alba L.) is of similar size
and habitat, but is more common in southern Europe. Both species are cultivated in North
America (the “Lombardy poplar” is a form of black poplar). The North American aspen
(P. tremuloides) is very similar to the European aspen. Poplars are members of the Willow
family (Salicaceae).

Poplar is commonly referred to as the talking, whispering and quivering tree. In Irish Gaelic, it is known as “Crann Critheac”, the quivering tree. It is a keeper of language, but it can keep no secrets.

Poplar was used by the ancients to make shields; it is believed to have the power to protect
from death and injury.

Idho (EE-yoh), iodho (EE-woh), yew – The yew is a slow-growing conifer, living as long as
1000 years and reaching 65 feet, they are known for their strength and resistance to the
cold. It is much less common in recent times because of overharvesting (it’s hard, springy
wood was the source of English longbows). The evergreen needles are very broad, and the
seeds are produced in red, berry-like cones. Yew is in the Yew family (Taxaceae).

The Yew is regarded as a natural emblem of everlasting life.

In Irish mythology, the yew is one of the five sacred trees brought from the Otherworld at
the division of the land into five parts. Known as the Tree of Ross, it was said to be the
“offspring of the tree that is in Paradise”, and it brought lasting plenty to Ireland. In the
Brehon Laws, it is named as one of the Seven Chieftain Trees, with heavy penalties for
felling one.

Staves of yew were kept in pagan graveyards in Ireland where they were used for measuring corpses and graves (taking ones measure).

In the bardic schools, poets used staves of yew to help them memorize long incantations. It
is said that the poet “Cesarn” cut (the words) in Ogham into 4 rods of yew. Each was 24′
long and had 8 sides.

In “The Wooing of Etaine”, the beautiful heroine was abducted from her husband, Eochaid, who searched for her for a year and a day to no avail. Finally, he sought the help of his druid, Dallan, who made four rods of yew and inscribed them with Ogham. Through this means he discovered that Etaine was in the sidh of Bri Leith, with the faery king, Midir.

Yew is one of the nine sacred trees for kindling Beltane fires.

One thought on “Introduction to Ogham – 4th. Aicme”