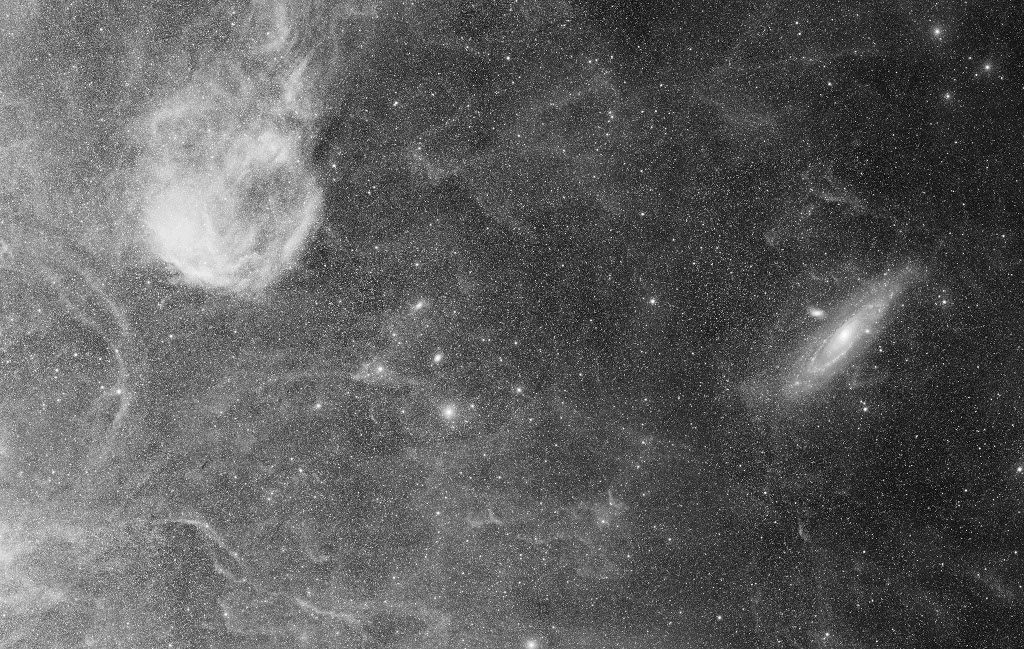 Explanation: From within the boundaries of the constellation Cassiopeia (left) to Andromeda (right), this telescopic mosaic spans over 10 degrees in planet Earth’s skies. The celestial scene is constructed of panels that are part of a high-resolution astronomical survey of the Milky Way in hydrogen-alpha light. Processing the monochromatic image data has brought out the region’s faintest structures, relatively unexplored filaments of hydrogen gas near the plane of our Milky Way Galaxy. Large but faint and also relatively unknown nebula Sivan 2 is at the upper left in the field. The nearby Andromeda Galaxy, M31, is at center right, while the faint, pervasive hydrogen nebulosities stretch towards M31 across the foreground in the wide field of view. The broad survey image demonstrates the intriguing faint hydrogen clouds recently imaged by astronomer Rogelio Bernal Andreo really are within the Milky Way, along the line-of-sight to the Andromeda Galaxy.