This just happens to be one of my favorite sayings. I believe with the Goddess and our Ancestors all things are possible. Oh, for those of you just joining us, any material we publish you are free to use on your site. We believe there are not enough Pagan, Witchcraft, Wiccan or any other sites such as these on the net anymore. When we first started, you couldn’t turn around without bumping into one. Now, it is sad to say, there are lots of dead ones but not that many active ones. We believe in promoting those sites trying to get started, supplying them with information, doing anything we can, we need more Pagan sites on the net.

I think most of you know we took one heck of a hit not too long ago. We are starting to get back to normal, I hope. It will just take time but to stop and think about all the work we put into the old site. Then a trifling little witch (no witch is too good for her, more like bi*ch) to just take it on herself to wipe it all out. Every time I think about it, it still blows my mind. Why? I don’t understand why people do the things they do. I honestly try not to dwell on the past. I hope and pray that the events in my past and the WOTC’s past only makes us stronger and more determined.

This coming year is going to be our best year ever. We have three more sites to rebuild when that is over with, we are going to run like our tails are on fire. I made a commitment to the Goddess many years ago and what has happened has made me more determined than ever to spread Her word. I want you to stand beside the WOTC and myself as we honor our commitment to the Goddess. I want us to spread her message like never before. I think most of you know one of my dreams is for Witchcraft to take its rightful place in mainstream religion. It would be wonderful if we could make that happen in our lifetime. We have come a long way but we have a long way to go. We have to stand together to make it happen.

Spread Her Word, Spread Her Love, Set This World on Fire for the Goddess in 2017!

Goddess Bless Each and Everyone of our Brothers & Sisters,

Lady of the Abyss & The WOTC Staff 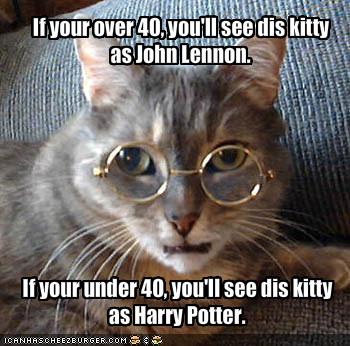 So you like to sleep late, but don’t want to miss the sunrise? This time of year is for you. Sleep on – if you live in the Northern Hemisphere, that is. The latest sunrises of 2017 are happening around now for mid-latitudes in the Northern Hemisphere. For example, sunrise time in the central U.S. – say, around Wichita, Kansas – for the next several days will be around 7:45 a.m..

Meanwhile, if you live in the Southern Hemisphere, your latest sunsets are happening around now, assuming you’re at mid-southern latitudes.

Many sky watchers notice this phenomenon, which is part of an unvarying sequence each year. For us at mid-northern latitudes in the Northern Hemisphere, the sequence is: earliest sunset in early December, shortest day at the solstice around December 21, latest sunrise in early January.

At middle latitudes in the Southern Hemisphere, the sequence is: earliest sunrise in early December, longest day at the December solstice, latest sunset in early January.

This natural order is part of what we can expect, every year, from nature.

Clock time gets a bit out of sync with sun time – by about the tune of 1/2 minute per day for several weeks around the December solstice.

Because solar noon (midday) comes later by the clock today than on the solstice, so do the times of sunrise and sunset. The table below helps to explain:

But in either the Northern or Southern Hemisphere, the sequence is always the same:

We are formed and molded by our thoughts. Those whose minds are shaped by selfless thoughts give joy when they speak or act. Joy follows them like a shadow that never leaves them.

Today’s Meaning:
A few prayers to your deity of choice would serve you well when dealing with this aspect. Your questions or requests stand a better chance of being answered in the next few days if you do so.

General Description:
This elaborately ornamental charm, worn by Egyptian women, was supposed to bestow upon them all the blessings of their powerful Hathor, goddess of the sunrise, whose worship was universal in Egypt. Health, strength, happiness – all these were the gifts of this their goddess of love. She was regarded as a loving, protecting mother, both of the living and of the dead; was the deity who filled both heaven and earth with her beneficence, and the dispenser of all the blessings of life.

Your MahJong Tile for the Month of January

The Lute tile indicates a need for relaxation—a break from the stress of your everyday life. For people nearing the end of their career it may suggest that the time for them to retire has come.