For full disclosure, I am using Lady of the Abyss’ account again. I have a problem using my account. It seems to be much more complicated than Lady A’s. Also I am not that computer literate yet. I am learning, slowly but surely. –Eleanor 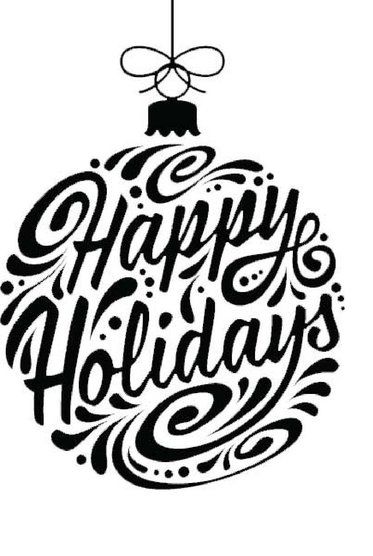 The following was written for a bardic circle several years ago and is the telling of the myth as our ancestors might have known it.

Long, long ago when the earth was new
And mankind was younger yet.
There came a time of the dark and cold.
Let never a soul forget.

There came a time when the ice drew nigh,
And the sky with snow turned grey.
And the earth grew hard, and the trees were bare,
And the timber wolf howled in the brae.

Huddled and cold the tribesmen sat
Round fires of peat and of moss.
And dreamed of the warm time, dreamed of the Lord,
And mourned for the Lady’s loss.

For with the harvest had come the Lord
And laid his body down,
To pay with his life for the earth’s repast,
To yield to the Holly his crown.

As the deer and the boar bow down to the bow,
And the stag consents to the kill,
So the Lord came down to the altar knife
Earth’s riches his people to fill.

Then came the Lady across the moor
And down from the lonely hill.
Saying, “What have you done with my wondrous Lord,
And why did you have to kill?”

Cold grew the world with the Lady’s grief
And her cold tears fell as the snow.
And the rivers and lakes were frozen still
And the fires of peat burned low.

“Oh, what have we done,” the people cried,
“To have slain our own dear Lord!
And how will we live, and how will we fare
Without the Lady’s regard.”

The world grew colder each passing day
And the sun fell down from the sky.
And darkness eternal lay over the earth
And the people began to die.

They gathered together there on the plain,
Every woman and man and child,
And prayed to the Lady then to relent
And prayed for the land to heal.

But nothing came to answer their cries,
But dire wolf, lion, and bear.
And the people cried out with a terrible shout
But the Lady refused to hear.

Then from among them a man stood forth,
A harper of no little fame,
And he said, “I shall go to the Summer Land’s shores
And I’ll bring the Lord back again.”

“Old fool, old fool”, the wise ones cried,
“Oh never this thing shall be.
For noone goes to the Summer Land’s shores,
And returns to the land of the free.”

“But I shall go”, the old man said,
“And these things I claim shall be.
Or else the world in the dark will die,
And the people no longer be.”

Then he took his harp and he took his staff,
And he bent his head to the west.
And he walked and he ran for six days and three,
And never he stopped to rest.

He ran till he came to the frozen shore
of the mighty western sea.
And the frozen tears coursed down his cheeks
For never a boat had he.

Then the man cried out in a terrble shout,
“Aquila, Lord of the Air,
Hear my plea and answer me
And bear me over there.”

Out of the skies on wings of fire
Came Aquila, the Lord of the Air,
“Saying who shall call on Aquila’s name,
And bid me to carry them there”.

“I”, said the old man, “I called thy name,
For my people the need is great.
And I must hie to the Summer Land’s shores
If I would avert their fate.”

Then off they flew in the night dark sky
Neath a cavern of stars and air.
And at last they came to the Summer Land’s shores
And Aquila alighted there.

“My thanks for your aid”, the old man cried,
“Now fly and avert your fate.”
But proud Aquila dipped down his head
And said, it for him was too late.

For from the Summer Land none return,
Until it is time to be born.
And now in the dark of the Lady’s regard,
There will be no glorious morn.

“Then come,” said the harper, “Come with me!
And we’ll seek for the Lord of the Wild.”
And he struck his harp and he raised his voice,
And the shades of the dead they smiled.

They searched and they searched the Summer Land,
And the harp made a wondrous sound,
Til they came to a grove of oak, ash and thorn
And a mighty stag they found.

“Whence came you then”, cried the mighty stag,
“And why have you called to me.
For I was the Lord of the Greenwood once.
And now you’ve awakened me.”

Then the harper knelt, and he bowed his head,
And he cried, “Oh Lord, return.
For thy people die without thy aid
And the fires refuse to burn.”

“Thy Lady mourns and her frozen tears,
Have turned the world to ice.
We accepted gladly your wondrous gifts,
With no thought to the sacrifice.”

The stag he wept for his people’s woe,
And he bent his lordly head.
Ah, glad would I be to go with you hence,
But this is the land of the dead.

And none can leave here until the time,
When death shall let them go.
And I must stay til the stars shall say
That it is time to go.

Then the harper sang and he played his harp,
With ever a song so sweet.
That even the Lord of Death came round
And sat at the Harper’s feet.

And when he’d done, Death came to him,
“Saying ask of me any boon,
For thou hast brought me joy and peace
In my lands of endless noon.”

Then up spoke the Harper, “Lord grant me one gift
And set the Forest Lord free.
Lest all people shall perish beneath the snow,
This shall I ask of thee.”

Then Death bowed his head, and he said “He may go,
Though it is not time yet to be.
Yet I have promised for thy harp’s sake
And therefore, so mote it be.”

Death then turned to the mighty stag
And he raised his withered hand.
Saying, “Thou art free for the Harper’s sake,
Depart from the Summer Land.”

Then in the place of the wild beast lay
A tiny newborn child.
And the Harper and eagle in homage knelt,
And the little baby smiled.

The Harper lifted him up in his arms,
And strode to Aquila’s side.
And he said, “I beg you, one last time,
For the Lord’s sake let us ride.”

Then Aquila rose from the Summer Land
With Harper and child on his back.
And he turned his head to the eastern lands
And he sailed into infinite black.

Nine days and nine, Aquila flew
Til he came to the cold, dark plain.
And there he carried the man and child
That the sun might come again.

Then down from the darkness they came with the wind
And among the people they stood.
And the people came forth to see this child
As the Harper had said they would.

Then the people called out the Lady’s name,
And the newborn baby cried.
And the Lady looked down on the gathered throng
And she saw the child and sighed.

“Ah”, said the Lady, “Here is my Lord
Surely come back to me.
And where are the brave ones who challenged Death
That this wondrous thing might be?”

Then forth came Aquila and Harper both
And stood at the Lady’s feet.
“Thou art the bravest and staunchest of friends
That ever I chanced to meet.”

“For thou hast challenged the gates of Death
With never a thought of reward.
And thou hast won thy peoples life
For saving my own sweet Lord.”

“For thou, Aquila, a king shall be
And I give thee a crown of light.”
Then she stretched forth her hand upon his head
And turned his feathers white.

“And thou, dear Harper, shall be my own
And sit here at my feet.
And a nightingale sang where the old man stood,
With ever a song so sweet.”

Then spake the Lady, to those who heard,
“By Fire and Fir and Yew;
I vow on my honor that never again,
Will the light depart from you.”

“For though the night grows long and dark,
And the sun be hid from view,
Yet the Lord will come with mid-winter’s day
And the light bring back to you.”

Then she bade them build on the frozen plain
A mighty and magical ring
Of standing stone and sturdy oak
And she bade the people sing.

And she said, “By this mark you shall be sure
That to my promise I hold,
For when the sun on this stone shall sit
Then you’ll know an end of the cold.”

“Down and down the dark shall come,
but on that special day,
The sun shall climb once more in the sky.
And the heavens be blue not grey.”

Then the people knelt and bowed their heads,
And when they looked again,
The Lady was gone, and the Harper too,
Gone from the world of men.

And in the place where the Lady stood,
The rose of winter grew.
And overhead where the sun shown bright,
A mighty eagle flew.

And thus my children, thus is the tale
Of how the world turned cold.
And how the summer was carried back
By the Harper and Eagle bold.

2 thoughts on “We Hope Everyone Had A Very Beautiful & Blessed Yule! May The Spirit of Yule Carry With You All Year Long!”