Though the Celts were a fierce people, they valued their home life and cherished their kinfolk. It was an absolute rule that those welcomed, under one’s roof would be protected from harm. Likewise, visitors were under a charge not to do harm by word or deed to their home and their host’s family. This blessing to equally effective for family members who no longer live at home. It can also be directed towards special friends. The blessing is quite long, so at first you will need to read the words, but in time you will find they come naturally. Once you know the blessing you can focus on the image of family members as you recite the words.

Photographs of yourself and family members and friends you wish to protect – a group portrait is excellent.

On a Sunday, or any other day when you have time to focus on the individual family members in morning light.

Set the photographs so that the morning light shows on them. Touch each of the pictures in turn and then recite:

May the blessing of light be with you = light
outside and within.
May the sunlight shine upon you and warm
your heart till it glows like a great peat fire, so
that the stranger may come and warm himself
by it.
May a blessed light shine out of your two eyes
like a candle set in two windows of a house
bidding the wanderer to come in out of the
storm.
May you ever give a kindly greeting to those
whom you pass as you go along the roads.
May the blessing of rain – the sweet, soft rain
– fall upon you so that little flowers may
spring up to shed their sweetness in the air.
May the blessings of the earth – the good, rich
earth – be with you.
May the earth be soft under you when you
rest upon it, tired at the end of the day.

I don’t know if you know it or not, but the posts I put in here I type up. I don’t type up the Horoscopes and all the Dailys, if there is an  extra article or two I try to type it up also. I thought I needed to tell you in cast you were wondering what was taking me so long. Also I am still getting use to WordPress. I tried to put the Dragon spell in the Protection Section of the Blog and it wouldn’t go. I don’t know why, maybe there was too many words. Who knows? But that’s what took so long getting it posted. Hopefully sometime in this lifetime, I will learn how this place works, lol! Well I am off again. I will try to speed it up for you!

Well I have good news and I have bad news. The good news, I didn’t do my hubby in (at least not yet, lol!). It just dawned on me that some of you might take me serious about harming my husband. Let me be very clear, I would not harm a hair on his little bald head. We have been married for 20 some odd years and he is the love of my life. I joke a lot, so when I say something like that, I am joking. Something just crossed my little pea brain and I have got to tell you, then the bad news…………..

When I had my last back surgery, it was out-of-town. Also I had taken my Explorer up to our garage. It needed a tune-up and some other stuff and I sure wasn’t going to be driving, so now was perfect time to get all that done. The SUV was gone, no one was at the house, the kids would run by and check on the animals and feed them, besides that no one knew nothing. I was in the hospital for 4 days. I could have stayed longer but I wanted to come home. My daughter’s boyfriend brought his mother’s car over where I could ride home (all of us had 4×4’s, trucks, SUVs, you get the idea). So apparently they must have sneaked me in because none of the neighbors saw me that’s for sure. I stayed in the house for about a week. I had therapists coming and a’going, then some guy fitted me for a magnetic belt. I swear I believe they were trying to pull the damn screw OUT! Finally I told them to leave, I would get plenty of exercise cleaning the house. My son went and got my truck. I was planning on going to Sonic and get me one of those creamed slushies, I love those things. So after my son left, I got to thinking, I didn’t know if I could get up and down the steps. So I waddled outside with my cane. I took a long, hard look at those steps. Oh, gee, what’s the worse that could happen? Fall and have to have another surgery! So I made it down the steps and it was a pretty day so I decided to walk around the yard some. I walked to the mailbox and one of my nosey neighbors pulled up. He wanted to know where I had been. I told him it really wasn’t any of his business. Well he told me, “that’s ok because the whole neighborhood knew I left Frank and we must have made up because I was back.” That liked to have floored me. I told him that was totally untrue and I was tired and was going in the house. Well by the time I got up the driveway to the cars there is another nosey neighbor. She wanted to know how everything was over here. I told her fine and then she informed me that they knew I had left Frank. I said, “What!” I sort of went off on her. People gossiping and telling lies about something they know nothing about. Well when hubby got home from work, I told him what the gossip was around the neighborhood. We got to laughing about it. He said he ought to have when out in the backyard at night and started digging a hole. They would have called the Law and had him arrested for killing me and getting ready to bury the evidence. But the bunch around here, never eases to amaze me. I was raised if you couldn’t tell the truth then keep your mouth shut! But we still get a tickle out of this one.

Ok for the bad news……..I came down with an ear infection, sore throat and a fever. I have some stuff I have been taking for it. I have to admit it is helping but I realized that I took the nighttime formula in the middle of the day, Oops! So if you see xxxxxxxxxxxxxxxxxxxxx across the screen don’t think anything about it, I just passed out on the keyboard, lol!

One more thing then I will leave you alone for the day………..I am going to stray from the regular horoscopes and stuff. Instead I have some old spells that I want to put on the blog today. I know the Practitioners don’t care but the others might. Let me apologize for this, the horoscopes will be back tomorrow, I promise, if I’m not on the keyboard, lol. Y’all have a great one…………. 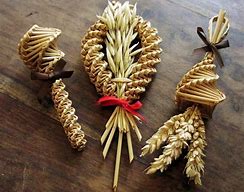