When we talk about new moons, we usually emphasize the “lighter” side: starting fresh, setting positive intentions, and making magic. But at the new moon in Scorpio, we need to talk about the darkness.

After all, those few nights each month when the moon is invisible are where the realmagic happens.  At this time, we naturally withdraw from outward-directed activity and focus our energies within. Everything falls away but the essential core, which becomes the seed for our creative vision in the next lunar cycle.

Yes, death and rebirth go hand-in-hand at any new moon—but while some signs are uncomfortable facing this reality, the November 2018 new moon in Scorpio looks it straight in the eye.

WHAT DOES THE NEW MOON IN SCORPIO MEAN?

With intense focus and penetrating insight, Scorpio sees it all. But with this fixed water sign, what we see is often just the tip of the iceberg. There’s a whole lot more going on beneath the surface: subtle energies, subconscious motives, and suppressed emotions.

Scorpio plays its cards close to the vest, and at the November 2018 new moon in Scorpio, we’re likely to do the same. We know what we desire, and we’re determined to get it. But we’re wary of discussing our intentions with anyone else—that might take away their power.

And power is a big deal to Scorpio. What else would you expect from a sign ruled by both Mars and Pluto? Mars, the ancient ruler, represents the personal or “lower” will. Modern ruler Pluto represents the “higher” will—whether that’s destiny, evolution, or our belief in a Higher Power.

The secret to mastering Scorpio’s energy—and rising above negative expressions like manipulation and possessiveness—is putting the lower will in the service of the higher.

HOROSCOPES FOR THE NOVEMBER 2018 NEW MOON IN SCORPIO

Rising from the ashes: You’ve done it before, Scorpio, and like your spirit animal the phoenix, you’re about to do it again. The question is, what new reality are you “rising” into? It doesn’t have to be a final destination, just your latest incarnation. But don’t be afraid to aim high—at this new moon, you’ve got the wind beneath your wings.

The brighter the light, the darker the shadow, Sagittarius. But the shadow isn’t all bad, you know—in fact, we bet there are more buried treasures than skeletons in your closet. And at this new moon, it’s time to start digging for gold. Reclaim something you’ve repressed or disowned about yourself, and let it finally see the light of day.

You’re really going places, Capricorn, and your intense focus and determination are guaranteed to get you there. But by the time you reach your objective, will it still be what you want? After all, people change—so for your goals to stay relevant, they’ve got to evolve along with you. At this new moon, get real about what’s driving you now.

Patti Smith was right, Aquarius: “People have the power.” But your ability to tune into collective energy is more like a superpower.  The only question is, do you use it for good or evil? At this new moon, you can channel the energy of the group to achieve anything you set your mind to—so please, keep the greater good in mind.

“Love and light” may sound like New Age fluff to some, but you know better, Pisces. You’ve been through some dark nights of the soul, and emerged on the other side of those experiences with a new and undeniable radiance.  This new moon offers spiritual experiences that could be just as transcendent; sharing them with others makes them truly transformative.

Forbidden fruit just tastes better, doesn’t it, Aries? But some taboos exist for a reason—so before you break the rules, ask yourself just what those reasons are. After all, once you’ve crossed the line, the damage is done. That’s not to say you shouldn’t take risks at this new moon… but if you’re going to do it, do it with your eyes open.

Power couples have each other’s backs, Taurus—but what they don’t do is hold each other back. A real “dynamic duo” is one where both people are free to evolve. True, there’s always a chance you might outgrow each other (and we know that’s a scary thought). But at this new moon, for the relationship to grow, you’re gonna need some space.

Burning the candle at both ends—you can get away with it better than most of us, Gemini, but that doesn’t make it any better for your health. Sooner or later, that candle’s going to burn out if you don’t balance activity (both mental and physical) with rest. This can be a healing new moon, if you take time out to recharge your batteries.

You’re not as shy as you pretend to be, Cancer—you’re just waiting for the right moment to come out of your shell. Being selective about when, where, and with whom certainly adds to your mystique. But still, you’ve got to let your guard down once in a while to have a good time.  This new moon might be the moment you’ve been waiting for!

Pride isn’t everything, Leo, especially where family is concerned. Sure, you may hold the moral high ground in a family dispute, but there’s a lot more power in forgiveness than there is in nursing a grudge. Putting the past behind you may not be easy, but at this new moon, it’s something you can really pride yourself on.

Little details can make a big difference, Virgo. But not all of them are worthy of your attention. Some of them are just red herrings… and if you fixate too much on those, you could disappear down an unproductive rabbit hole. This new moon awakens your inner detective—but make sure the mystery you’re obsessing over is actually worth solving.

It’s not polite to talk about money, Libra, but that’s one rule of etiquette you can afford to break. After all, money itself is neither “good” nor “bad”—what matters is how you get it, how you use it, and what that says about your values. And at this new moon, it’s time to take an honest look at your own finances. 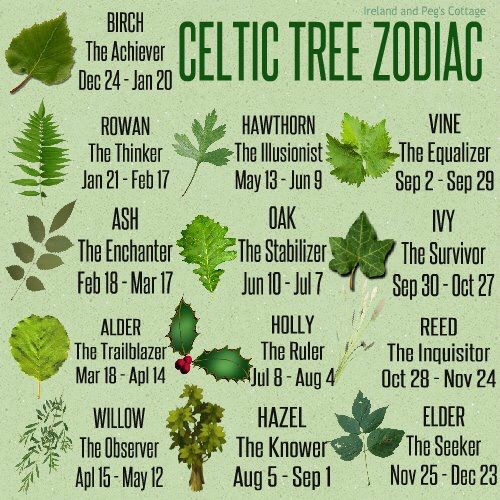 Moon in Scorpio creates the need to delve into your feelings as deep as possible. You desire meaningful emotional exchanges now more than at any other time even if it is not easy and you are forced to change many things. Shallow relationships do not satisfy you, because they are not purifying enough.

These organs are now more sensitive so provide them with extra care.

Surgical operations are not recommended during the New Moon.
*Note: Just ran across this site and it is a great site. I grew up with the belief that there were certain days you were suppose to cut your hair, have surgery and the such. I also was taught that each phase of the moon influences the body and I believe that is true.
This site give you information on what is a good day to have an operation, what part of the body the signs are in, good site, check it out if you have a minute Astro Seek 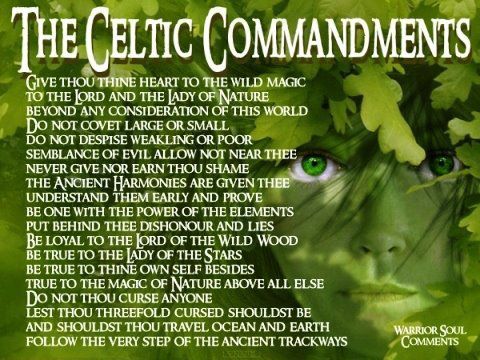 Tomorow the Moon will be in a New Moon phase. During this phase the Moon is to close to the sun in the sky to be visible. The moon rises and sets with the sun and is not present in the night sky. Because of this the night sky is darker and an excellent time to view other celestial objects. Like the Full Moon, a New Moon happens at a very specific time when the sun and moon have the same ecliptic longitude and it can be measured down to the second it occurs. 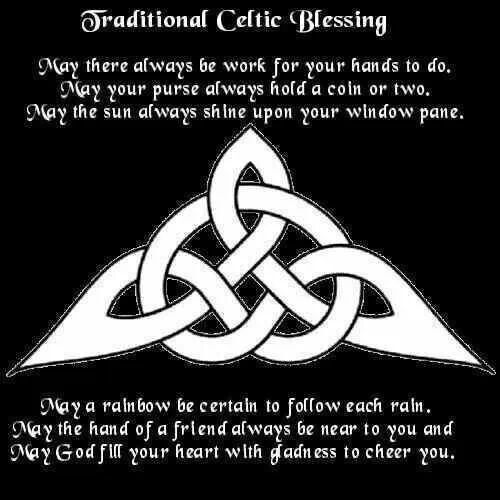 A Call To Lord And Lady

His strength is there in mountains high
His lightning flies from air and cloud
His horn heralds the wild hunt’s ride
He quickens forest, roaring proud

Their faces many, countless names
Pan, Diana, Zeus, Astarte
Teachers from dreams, oracle’s flames
Speak, and guide us within our hearts

Well how is everyone doing today? Miss me? Of course you did, lol! I have to admit I am rather tired after yesterday. You have to arrive at the poll stations no later than 5:45 a.m., then you don’t leave till about 6:45 p.m., that evening. It makes for one looooong day to say the least. But I enjoyed it. At first, I was really beginning to wonder if they were going to let me volunteer. In the early morning hours, I am not in the mood for a person with a sense of humor. Anyway, when I arrived there and went in, this man came running up to me. I sort of jumped back and he asked me, “what party are you affiliated with?” I really didn’t see that was a concern of his so I ignored him. He followed me and kept asking the same damn question over and over again. I finally stopped and told him, ” I am with the Pagan Party Affiliated.” Would you believe he didn’t know what a Pagan was. I told him to look it up. You have to take into consideration I had had only one cup of coffee. I don’t function without a pot of coffee.

Then I took Kade with me. He was throwing a fit to go bye-bye. The boys were still asleep so to keep from waking them up. I took Kade with me. Around noon, Kade got restless and called them to come and get him. I told them to be sure and give him his medicine. Oh brother, did they ever. Apparently they gave him to much, which won’t hurt him, it just gives him the poops. So this morning I have puppy pads all over the office floor. It looks like I have new carpeting in here, puppy pad shag, lol!

But all in all it was a good day. I like to get out and meet the neighbors once a year. That’s enough socializing with them for me. Most of them are older and they love to talk. They all want to catch up on what you have been doing since the last time they saw you. Oh well, that was a year ago, let’s see. Thank the Goddess there was a man there hollering, “Next!” Or I believe some of them would have stayed and talked all day. But our election events are more like a community get together than anything else.

I overslept this morning so as usual, we are running late. So how about us just jumping right straight into the astrology and the horoscopes. We have a ton of stuff we didn’t finish the other day about November, so we can start there. If you don’t mind.

I hope all of you got out yesterday and went to vote. Working at the polls, I was the first one in line and the last one to leave. Don’t know if that was such a good deal or not, hmm? Anyway, let’s get this show on the road, what’cha say?