Once the totem has been identified and understood, it is time to learn how to interact directly with the animal spirit.

Totems form an invaluable ally on the spiritual path. Acting as healers, protectors, teachers, and guides, they can have a profound impact in one’s life.

Part 1 of this article looked at recognizing the various types of totems, while part 2 addressed finding a personal totem. Part 3 covered working with the totems in daily life, and part 4 will deal with interacting with the totem.

The following sections are tools and methods that can be employed in creating a beneficial relationship with an animal totem.

Having access to someone that is adept at shamanic journeying is probably the best way of having interaction with a totem. Be careful in selecting someone to do this work, as many people like to see themselves as a shaman, but do not have the discipline and training. As with everything else use common sense, caution, and look at their track record. If it feels wrong then it almost always is, and conversely if it is appropriate then it should feel that way.

Not having access to a traditional or contemporary practitioner is not the only way to contact totems. Guided visualizations, either commercially done on a CD/MP3, or ones personally prepared from a script can be used to journey with totems.

Jamie Sams Medicine Cards, or Philip and Stephanie Carr-Gomm’s Druid Animal Oracle are both solid sources of information on specific totems, and offer a useful tool in receiving guidance.

As mentioned in part 2, dreams can be used to interact with totems. These can be spontaneous dreams that carry messages from a totem, or ones that are incubated by the dreamer. Incubation can be as simple as asking the totem to bring a message in a dream. It is helpful to make the request formally before going to sleep, maybe with an appropriate offering. Examples of an offering might be tobacco tied in cloth, or food put out for that totem.

Almost all pagan cultures use song or chant to connect with spirits and totems. If possible, learn a traditional song for the totem, or using chant and words create a new one. Song can be a touchstone to communicate with a totem and call in their assistance.

Prayer forms the most basic type of communication. Prayer is simply focused intention and it can be done internally or verbally. As long as prayer comes from the heart, it is effective in communicating with totems and spirit in general.

Time spent alone in nature on a fast, is one of the most effective means in connecting to a totem or guiding spirit. The silence it provides is the perfect space to hear spirit.

Sacred art exists the world over, and can be a conduit for spirit communication. Both creating totem art and having it nearby can be a powerful touchstone to that animal’s medicine.

Carvings can also be used to represent the medicine of animal. A carving imbued with the spirit of a totem is called a fetish, and can be used to connect to a totem more easily.

Sweat lodges are found in most cultures around the world in one form or another. Cultures such as the Ojibwe (Anishinaabe) of central Canada have sweat lodge ceremonies that focus on interaction with totem animals.

The sweat lodge creates the perfect environment to have profound spirit contact.

Totems can often bring important messages. This might be in the form of dreams or visions, or it might be in waking reality. Be observant of animals and their behavior. Watch for unusual or repetitive antics, especially of those of a primary totem. Take note if the totem looks healthy or sick. Seeing the totem with food in its mouth can be a sign of abundance. Watch for synchronicities.

Get in the habit of asking for a totem’s assistance when requiring protection, healing or guidance. Like any relationship, familiarity strengthens the bond. 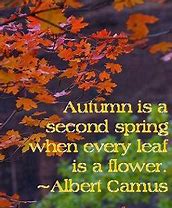