Yule brings the longest night of the year and the rebirth of the Sun King. The energies of this Sabbat are very strong and very fertile in water and earth on December 21. Mars and Venus are united in Scorpio, and the Moon waxes full in her own sign, but then moves void-of-course. Celebrate the night before on Venus’s day and enjoy all the pleasures of the flesh. Use a table-top balsam as your altar, and festoon it with all glittery symbols of the elements and Lord and Lady. Anoint bayberry candles and burn them for propensity and growth in the coming year. Make a sumptuous fest of comforting and magical foods. Smudge your altar with dried arbor vitae to waft your desires to the Goddess. Indulge your senses with the sights and smells of the season. Carve Sun symbols on last year’s Yule log and burn it with chanting (bring back the light!).

Invite friends and family to the feasting to reveal the universality of your craft and the playful side of your spirituality. Reclaim the ancient pagan customs of the season.

This is a video showing how to make a Summer Solstice/Litha candle to keep or give as a gift.

This video has some ideas for things to make to decorate your home or altar with.

Yule Altar Crafts & Decorate My Altar for Yule with Me!

NOVEMBERNOV. 1: Cailleach’s Reign—Day of the Banshees; honoring the Riders of the Wild Hunt who search for souls to transport to the Land of Shadows. Reign of Celtic Cailleach, Crone Goddess.

NOV. 2: – White Tara Day. Day for meditation on Tantric Bodhisattva Goddess, White Tara, who guides the dead to Buddha Amitabha’s Pure Land, where all will find salvation.
– Egyptian Festival of Hathor: Mother of the Gods

NOV. 11: Feast of Dionysus – Greek God whom Yeshua was “connected to” as the Cosmic Gnosis.
– Celtic Lunatishees—Day of the Fairy Sidhe; honoring the Other People in whom is held the immortal life force; Old November Eve [Samhain on old calendar].

NOV. 13: Festival of Jupiter – Roman deity associated with rain and agriculture, prime protector of the state, and concerned with all aspects of life.
– Roman Fontinalia – Feast of Fons, God of Springs.

NOV. 14: Feast of Musicians and Bards – Druid celebration of the Celtic musical arts.

NOV. 16: – Thracian Night of Hecate, Greek Goddess of the Hags or Wisewomen, (later called Witches), her name comes from Heqa-ma’at, a goddess in the ancient Egyptian Book of the Dead who later became Hekmah or Hokmah (also spelled Chokmah) meaning wisdom in the ancient Hebrew Bible (Old Testament). From Heqa-ma’at / Hecate / Hokmah we get the Greek word for wisewoman or holywoman, “hag”. Honoring Hecate – Thracian Goddess of the Moon, Magick, and Witches as the Teacher of the Craft.

NOV. 22: NIGHT OF SHIVA—family feast day honoring Shiva as the Pillar of Light/the life-force as the Infinite Light, with oil lamps and candlelight.
– Roman Festival of Diana: Goddess of Moon, Hunt, Wilderness, Birth.

NOV. 27: Uma/Parvati Day—honoring the Goddess as Queen and Mother of the Universe.

NOV. 29: Egyptian Feast of Hathor—honoring the Goddess as Horned Mother, and also as Sekhmet, the Lion Goddess of the Sun, and as Bastet, the Cat Goddess of Fertility and Life—Triple Goddess Bast-Hathor-Sekhmet. 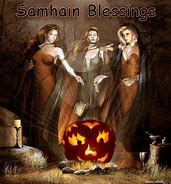