The King of Wands is pure fire energy, but strangely enough, he has the least to do with actual creation and creativity. His forte is not in dreaming up ideas and implementing them himself, but in taking an idea and changing the world to match his vision. As such he is a natural leader and commander of all kinds of people. They flock to him to hear what he has to say and leave just as eagerly when he gives them something to do for him. Like the rest of the Kings, the ruler of the Wands suit will appear in two ways in your life: either as a person or as a part of yourself that must be awakened.

As a person, the King of Wands is the ultimate leader, who looks forward to challenges because he enjoys the rush of adrenalin that solving a difficult problem can induce. He not only dispels his own fear but that of others, by ensuring them that they shall succeed. He is not all talk, though; when the going gets tough no one hangs in there longer than he does. The King of Wands has a deep and innate respect for other people, and his compassion extends farther than most people would expect. For a King, he has a remarkably good relationship with the common people. When he is unable to assist by himself, he will empower and enable others to help in his place.

As with all of us, the King’s faults emerge from his strengths. Most of the time he does not show enough restraint to know when assistance is not needed or wanted. He can sometimes make things even worse by doing what he thinks is the right thing – and he always thinks that what he is doing is the right thing. Most of the time his high sense of ethics proves him right, but in those few times where he is on the wrong side of the argument, he can do more harm than good. But one thing that can never be said of him is that he walks away from problems, whatever they are. He will defend another man just as vigilantly, if not more so, than he would protect himself.

An inner spiritual change is often heralded when this card appears. The King of Wands invites us to act as he would to solve our problems. His vision is one of ideal reality, and his vision is that humanity might always be better than it is. He is the warrior of light who stands up for something that matters, and his appearance is an invitation for you to do so as well. If there is a cause you wish to support, but you are unsure of your position, you may proceed with the knowledge that your base of power is strong. Enjoy the King’s power and authority, but be sure to use it for productive means. Take your responsibilities seriously, think of new ways to do things, and never stop believing in yourself.

This page was made by James Rioux (The Black Shadow), bshadow@nbnet.nb.ca.
Copyright 2000 James Rioux.
For Rider-Waite deck 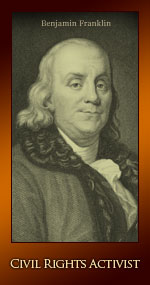 When you stand up for other’s rights you can stir deeply-seated past life memories in yourself. The origin of these feelings might come from having a past life experience of your own family’s struggle. At this time the civil rights leader inside you has come to the forefront. This spirit is more afraid of not standing up for what he or she believes in then fearful of what retribution one could face. This incarnation comes with an inner strength that is founded in compassion. 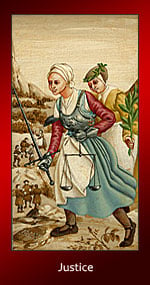 There is at least one person in your life who needs to be addressed with a little bit of tough love. You have to be fair, of course, and think through the situation carefully to make sure that you understand completely. This person may be somebody you love or need, but criticism must be delivered, however blunt or insensitive you may be perceived by speaking your mind. A heartfelt letter may be in order, even if done at a distance.

Your Tarot Love Card for Today 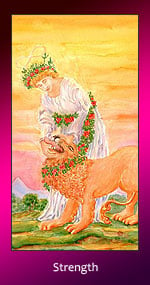 The Strength card indicates that today marks a new beginning. That should cause a glimmer of hope to spark in your soul. It radiates from you and brings people to you like moths to a flame. If in a long-term relationship, incorporate loving rules, like balance, harmony, and understanding served in an unconditional way. The good times are easy to enjoy. The real worth of a relationship comes from how a couple acts during difficult times. 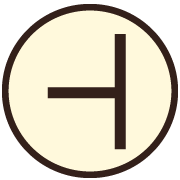 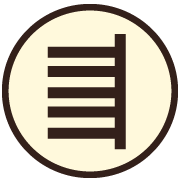 Your Ancient Symbol Oracle for Today

I am the founder and an ordained High Priestess of Coven Life's online Coven and online Witchcraft School (which offers 3 levels of courses). I also am the owner of Witches of The Craft. We hold an Open Chat (twice a month). We have online gatherings for Esbats and Sabbats. More information for the gatherings and open chat can be found on the right-hand side of covenlife.co Homepage under "Coven Life's Events." If you are interested in becoming a student please email me at covenlifescoven@gmail.com If you have any questions about anything you read on Coven Life or Witches of The Craft websites please email. Blessed be View all posts by Rev. Lady Beltane