To the ancient Romans, the Lares and Penates were synonymous onymous with ancestral ghosts or spirits. Every family had its own Lare that protected the home and several Penates who watched over the hearth and food pantry.

Typically, the Lare was a small bronze statuette of a youthful figure holding a dish and raising a drinking horn. It was housed in a small shrine or niche in the wall and was prayed to each morning and at mealtime. During special family events (births, birthdays, weddings, and deaths) the little figurine was crowned, decorated with flower garlands, and given offerings of incense, cakes, and wine.

The festival of Compitalia was held in honor of the Lares and marked the end of the agricultural year. Shrines erected at the crossroads (compita) where three or four farms intersected. A broken plowshare was hung up at the shrine, and an altar was set up for sacrifice. There would be a blessing rite that was followed by a period of feasting. It was Augustus who transformed formed the rural celebration of Compitalia into a state festival that was conducted by a state priest on behalf of all the people. 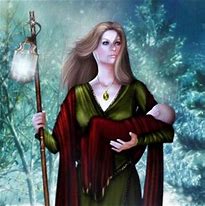 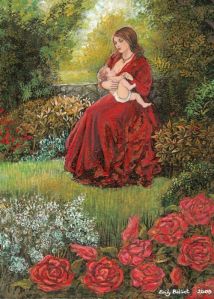