Gather with friends at sunrise, or as soon after as possible, on the Winter Solstice. Meditate on the idea that this is the darkest time of year, but that light will return. As it is the circle of the year, so may it be in the world: that as the light grows, illumination and warmth extend through-out the globe. Concentrate on the idea of peace, understanding, and harmony between all peoples spreading as the light of the Sun spreads. Resolve to be a more peaceful person in the coming year and think of ways you could promote understanding. Feel in your heart of hearts that peace is not only possible be inevitable, that the time of war is over, that the human race is evolving past such foolish pursuits. Then sign a song of peace, like “Imagine” or “Give Peace a Chance” by John Lennon; “Universal Solider” by Donovan; or “Last Night I Had the Strangest Dream” which has been recorded by Joan Baez, the Weavers, Pete Seeger, among others. If you are alone and don’t wish to sing, play a peaceful selection of music – either folk songs or music like Pachebel’s Cannon or Dubussy’s La Mer –while concentrating on the same idea. 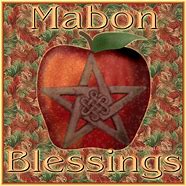