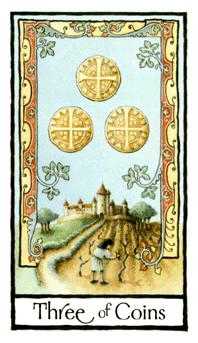 This suit, most often named “Coins” or “Pentacles”, is a symbol for a magical talisman that represented wealth or potential. This suit represents something supportive that is available to you — whether it be health, some kind of talent, a material or financial resource.

The Three is traditionally the card of genius. Here we usually see a master craftsman conferring with his masons on the installation of a beautiful stained-glass window in the cathedral. This designer is often likened to Leonardo da Vinci or Michelangelo, a multi-talented visionary who has no peers in talent or productivity.

The masterwork is being proudly showcased for future generations, as an object of personal and collective pride. On some cards, the genius is portrayed at his studio, alone and burning the midnight oil, in a creative ferment — driven to draw, paint, invent, or whatever work genius wants to bring into creation. As a subtext to the rewards of genius are the days and weeks of intense concentration it takes to solve the problems that great works entail.

These Norse runes give power of messaging or warning about the upcoming problem in the person’s life. Additionally, it brings sacred knowledge and means that the person must be blessed. It teaches people to be patient, kind and polite while making every decision and conversation in life. Still, it implies that people must be incredibly patient and careful with the wise ones.

From Druid Ogham- For more information about Muin

Harvest time has deep significance and meaning for those willing to pay attention. It is both a time of celebration and fortifying oneself for the long journey ahead. Harvest in the old days was a genuinely special time, because unlike nowadays, winter forced most humans into a period of rest. With the advent of the cheap petroleum age, wintertime has become a time of bustling activity as many of us drive and shop in a frenzy to prepare for holidays, but if you think back to times when there were no lights outside of lanterns and candles when the sun set at 4pm, you can rightfully imagine it wasn’t the busiest time of year! Harvests celebrate the bounty of the summer but also the coming death of a year, which is but a larger celebration of the death of a season, which is a larger celebration of the death of the week (the weekend), which is a larger celebration of the death of a day by having a meal and then going to bed. Death is called The Reaper — when we look at this meaningfully, The Reaper is not such a bad guy. He’s taking care of business for us so we can rest and wake up ready and refreshed for the next life. Of course drawing this Ogham does not mean you or someone else is going to die. Instead, look for the culmination of a phase, project, or a way of being. You have reason to recognize and celebrate a job well done, a graduation, an obstacle overcome, or a subtle shift. The end of a cycle, even if it wasn’t the best one, is worthy of recognition and celebration before we rest and prepare for the next cycle. Decadence is not to be feared — a little decadence after hard work is natural and should be enjoyed.

Questions when you draw Muin:…

Above this Mountain’s summit another more majestic rises:
The Superior Person is mindful to keep his thoughts in the here and now.

Stilling the sensations of the Ego, he roams his courtyard without moving a muscle, unencumbered by the fears and desires of his fellows.
This is no mistake.

There is a higher vantage point available to you, but it is obscured by the visible peak of personal ambition.
To climb to this higher plane, you must shake off the desires and fears of the conscious, visible world around you.
To make this journey you must quiet the Ego, empty your mind of past and future, and dwell totally in the moment at hand.
Thorough mindfulness of what is before you is the only tranquility.
Be. Here. Now.

It is highly creative, individualistic, and unconventional. It relies on the self as opposed to a group. Can be selfish and is almost always a little irresponsible. Not good at managing time. Inefficient. 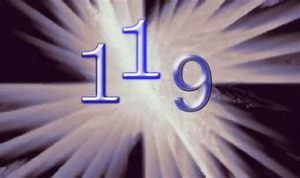 Keep your thoughts and visions positive at all times. Your virtuous life path depends on it. Staying positive guarantees you success in all what you do, either in your spiritual life or material matters.

From UniGuide.com – For more information about the Dog 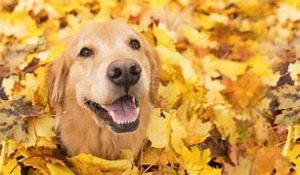 Dog meanings and symbolism include adaptability, family, friendship and affection, loyalty and devotion, patience and perseverance, bravery, protection, sensitivity and insight, purpose, and joy. While it’s arguable when dogs first became domesticated, some historians believe it first happened in northern Eurasia between 14,000 and 29,000 years ago. Historical evidence shows that wolves began following nomadic peoples to eat the leftovers from their hunting expeditions. Fast-forward to today, and dogs are now a part of people’s lives all over the world. So, dog meanings and symbolism, including the spiritual meanings of dogs and the dog spirit animal, are important topics to the many people who adore these special animals.

What does a dog symbolize?

The Dog in African Folklore

Dog Meaning in the Bible

Dog Symbolism in Islam and the Middle East

The Dog in Hindu Mythology