From Tarotx.net lick here for more information about The Hanged Man from the Thoth – Crowley Tarot | Thoth Tarot Deck

I. Background of the Hanged Man Thoth Tarot card

We see the image of a hanged man whose head is pointing down, enduring the austerity between life and death. The snake of life wrapped around his left foot, connecting him with the symbol of Ankh’s life appearing from white light. Ancient Greeks considered the cross-legged symbol of life energy. However, both the man’s head and hands were pointing down toward the snake of death lying on the grave below. The background is a quadrilateral grid representing the elemental table containing symbols of natural energy. These small squares and crossed legs symbolize the number four, …

From The Rune Site – Anglo-Saxon and Frisian Runes

Sound: “io” as in “helios”
Stands for: The World Serpent
Casting meaning: Ior symbolizes dual natures, evident in the amphibious habits of many water beasts (like the World Serpent). It also signifies the unavoidable hardships in life that we can do nothing about, but should still not worry about

The Ear Of Corn

Meanings: This rune represents abundance, success and happiness. This is considered a lucky rune and if leading it is very positive about your query, whether the query is about finance, business, friendship, partnership or spirituality. In conjunction with the Rings it indicates a happy and prosperous marriage. With the Sun it means success in your career, and with Waves, success abroad.

From Druid Ogham- For more information about Straif

When you get mad or hate something because it goes against your grain, you have choices. You can wallow in your anger and lash out foolishly, which effectively makes you act in sympathy with that which you despise. You can do nothing/go the pacifist route and try to repress your anger, which will cause it to build up and eat at you from the inside in the form of depression. Thirdly, you can use your anger as a starting point or what is called a thrust block from which to make yourself so completely different from what is causing you anger that you end up rising above it and beating it at its game. Strife can either drag you down or raise you up by making you more resilient, but it is all in how you choose to handle it.

When you draw Straif, there is an experience being put in your way that isn’t pleasant. This experience can be transformed into a learning tool if you can work it out. Straif is a battle you must fight and often a disruption in routine. Just as a sword must be subjected to multiple processes to become sharp, sparks are going to have to fly before you can forge your destiny. You may need to sacrifice in order to become a stronger, better human being.

By admitting (not repressing), analyzing, and dealing with your dark emotions instead of allowing them to call the shots, drawing Straif well-dignified points to the real possibility you’ve dodged a nasty bit of strife because you’ve already learned not to be fear’s or anger’s puppet.

Questions when you draw Straif: …

A playful Zephyr dances and delights beneath indulgent Heaven:
A Prince who shouts orders but will not walk among his people may as well try to command the four winds.

A strong, addictive temptation, much more dangerous than it seems.

You are ignoring a clear and present danger to your well-being.
If this threat emanated from a heavy-handed oppressor, you would see it coming.
But this danger comes to you in the form of a seduction, an amusement, a diversion, an indulgence that is eating away at the fiber of your secure little world.
You are too cocksure.
You underestimate the tribute this dalliance will demand. 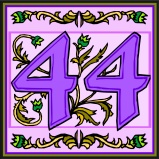 It is an excellent number for business and is also good for a military career. It is a visionary and a doer. It has great potential. It is considered a Power number.

Click here from more information about Angel number 44 from informationseries.com

An angel number is a message from an angel to you.

Angel number 44 means that the angel gives you strength for your comfort. Let’s take a closer look.

[44] When efforts are rewarded

An angel number of 44 indicates that your efforts will be rewarded. You may think that you’re wasting your time, making unpaid efforts, but that’s not the case.

Right now, your efforts are about to be united. Many angels are helping you by your side. It can be said that the efforts that have been accumulated for a long time now bear fruit. The day of great joy finally comes.

An angel number of 4 means that you are in a stable state. Work is going well, and …

Click here for more information about the spiritual meaning for the Tiger from UniGuide.com

Tiger symbolism and meanings include strength, cunning, majesty, independence, and immortality. As they are native to Asia and Siberia, Russia, tigers appear in the mythology and folklore of many cultures throughout these regions. In addition, the tiger spirit animal is an important figure in the spiritual beliefs of locals from these areas and other people around the world.

What does a tiger symbolize?

The Tiger in Cultural Mythology and Folklore

(This meant as a funny fortune not as a negative view on marriage and/or Handfasting.) 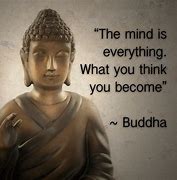