Click here to read more about the 6 of Wands from labyrinthos.co 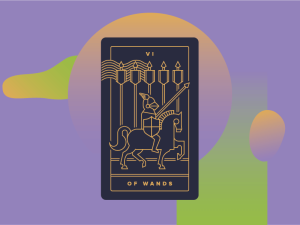 The Six of Wands tarot card depicts a man who is currently wearing a wreath of victory around his head. He is depicted riding a horse through a crowd of people who are cheering. The horse is white, which is a well-known symbol of strength, purity as well as success. The crowd is there to show the public’s recognition for the achievements of the man riding the horse. The wand that the man is carrying also has a wreath which is tied to it in an attempt to further emphasize his success. The man is not afraid, or shy about all of this attention but rather proud with his accomplishments. To this, the crowd around him reacts with cheerfulness and enthusiasm.

The rune of the termination and new beginning.  If it is pulled, it means that the life you used to live has grown out of its frame and needs to be left behind now, so that the life-energy can liberate itself, like a rebirth, into a new one. Be prepared for the chance, that hides itself behind the costume of loss.  At the same time modesty is demanded, because in order to rule, you must serve first.

A Rune of victory

When you see this rune it means defending of ones own interest. No slow movement do not sit and reflect on anything. Stand strong with insight and a driving energy.

Click here to read the rest of the meaning for Huath from thepeculiarbrunette.com

Meaning – barriers, despair, protection, loneliness, strife, or feeling suffocated. Don’t avoid problems or issues in your life. You may be experiencing setbacks or misfortune, but it will eventually pass. Remember good times and difficult times are a natural part of life. Now is not the time for aggressive reactions, be patient. Look for solutions while remaining humble and open to new possibilities without dismissing your original intentions or goals.

If reversed – You’ve come to an impasse or standstill. If you continue to be forceful and…

(First time I have had the same number come up two days in a row. This number must be important to some people. SO I have included some extra information about it.)

From IChingOnline.net – For more information about Hexagram 20

The gentle Wind roams the Earth:
The Superior Person expands his sphere of influence as he expands his awareness.
Deeply devoted to his pursuit of clarity and wisdom, he is unconscious of the inspiring, positive example he is setting for others to emulate.

You have cleansed yourself; now stand ready to make your humble, devout offering.

The situation marks a rising to new heights.
As you climb for a better view of the panorama, you make yourself more conspicuous to those below.
This hexagram is also known as the Watchtower, because the shape formed by its lines resembles the ancient guardposts manned by Chinese soldiers.
These towers were placed on mountainsides to give a better vantage point.
To those below, the watchtowers served as landmarks to help them find their way.
The quality of your search for clarity in this situation serves as such a guidepost for others along the Way.

A slight variation of tonal stress gives the Chinese name for this hexagram a double meaning. It means both contemplating and being seen, in the sense of being an example. These ideas are suggested by the fact that the hexagram can be understood as picturing a type of tower characteristic of ancient China.

A tower of this kind commanded a wide view of the country; at the same time, when situated on a mountain, it became a landmark that could be seen for miles around. Thus the hexagram shows a…

Click for more on the Numerology information for the number 3

The main strength of the Three is love of life and invincible optimism. It is almost impossible to make you doubt yourself or the importance of your role. Minor mishaps don’t count. You are sure that in the Fifth Act everything will fall into place, and the Ending will be incredible.

This carefree attitude is due to your expressiveness and artistry. Practical advice and comments like, “You can’t live like this!” cause your sincere puzzlement: “What else is life if not this?”

The weakness of the Three’s character is their tendency to become depressed whenever the Feast of Life stops for even a moment. It usually occurs in cases when the lack of attention and interaction take place.

Your selfishness makes you demand recognition and expressions of interest from anyone who contacts you in any way. As soon as the familiar ritual is broken – say, someone forgot to call you, or was reluctant to respond to your request – you immediately come to the conclusion that the world is falling apart, and your life is over.

Click here for more information about the spiritual meaning for the Caribou from UniGuide.com

Caribou symbolism and meanings have powerful connotations because these mighty animals are blessed with some unusual traits. If the caribou spirit animal resonates with you, read on because you have a powerful spirit guide on your side!

What does the caribou symbolize?

What does the word caribou mean?

The Legend of the Caribou Man

When to Summon the Caribou Power Animal 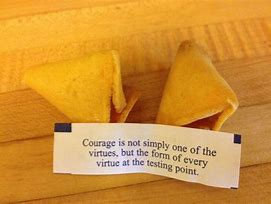